Augmented Reality in Education: Exciting Innovation or an Unnecessary Distraction?

Modern technology can and has facilitated new approaches to education and training. With the recent upturn in remote lessons and the prevalence of smart learning in schools, some would argue it’s time that digital tools be integrated into the teacher’s handbook for good. So, does augmented reality offer exciting innovation or an unnecessary distraction in our children’s classrooms? 🤔 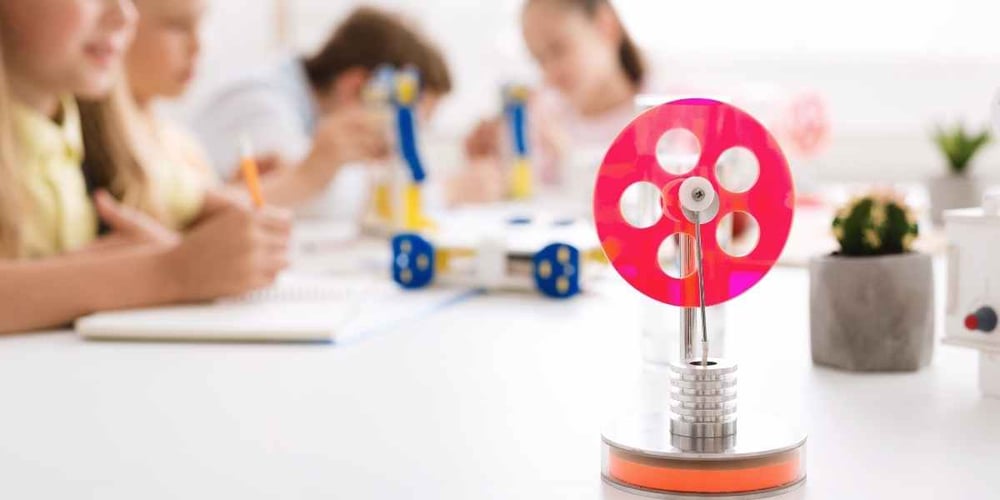 What is augmented reality?

Augmented reality (AR) is an interactive experience of an enhanced version of the real physical world that is achieved through the use of creative digital elements, visual, auditory or other sensory stimuli being inserted into the real-world environment. 🤓

So – put simply – AR layers computer-generated virtual elements on top of the physical world around us. To achieve such a feat, AR relies on three components – hardware, software and an application (App).

Although you can trace the roots of augmented reality right back to Charles Wheatstone’s 1838 Stereoscope, it’s not until the late twentieth century that we began to see augmented reality become widely implemented with the development of wearable tech and simulation. 🦾

Today, the average modern smartphone includes everything you need for an AR experience including a camera, sensors, computer vision and a display. All you need to do is download an App and go. 📱

You and your child have likely experienced different versions of augmented reality in your everyday lives already. Apps and tech like the ones below have their own database of virtual images and triggering logic which pull virtual content from their database and map them out onto the live images as you interface with the world around you in real-time.

Snapchat has two types of AR lenses: The face lens animates and transforms faces into characters such as Halloween mask, Cartoon 3D and Puppy tongue and the world lens reimagines the world around you by making the Eiffel Tower puke rainbows or placing a dancing Bitmoji on your desk. 🌈

Pokémon Go is a free-to-play, location-based augmented reality game. The hugely popular game pinpoints computer-generated Pokémon characters on a real-world map, so when you get to the actual location of each character, you can use your smartphone camera to see them in the 'real world' and catch them. 🎮

The IKEA Place app uses images and approximate scale measurements from the print catalogue and places them in your real-life surroundings to create augmented reality images giving you a realistic impression of what the furniture would look like in your room before you buy it. 🛋️

A QR code – or Quick Response code – is a type of matrix barcode invented in 1994 by the Japanese automotive company Denso Wave. An augmented reality QR code redirects users to interactive product content and can be found in shops, restaurants, adverts, museums, business cards and even tombstones. 🪦

With the rapid evolution of technology since the turn of the century, augmented reality has been applied to education and training by industries and large organisations that have the capital to implement it.

From interactive museum displays like the Museum of London’s StreetMuseum or The Science Museum’s Arctic Home exhibit to battlefield simulation training for the UK Military and intraoperative consultations, surgical mentoring and more using Google Glass in Medicine. 👓

Augmented reality in the classroom

Augmented reality offers educators the opportunity to create immersive environments that encourage students to interact visually and physically bringing added excitement and adventure to a subject. Sometimes, it even makes the impossible possible – bringing an animal back from extinction and having them stand at the front of the classroom for example. 🦤

Learning through doing and using smartphones in class rather than relying on spoken explanation alone brings variety and flexibility to a teacher’s methodology options. There are already several educational augmented reality Apps targeted at primary and early secondary school learners being adopted by teachers including AR Flash Cards – for learning letters and animal names, Narrator AR – for early literacy and writing skills and Starwalk – explaining stars and constellations. 🌌

Once subjects become more specific and detailed at higher and further education levels, there are fewer ready-to-use or off-the-shelf Apps that are applicable and available for teachers to integrate into their lesson plans.

Is augmented reality the future of education?

Over the last 15 years we have seen AR evolve from something that required expensive equipment and complex software to a more affordable technology that is enabled by relatively accessible devices like smartphones and tablets – though not every student has equal access to gadgets and tech.

Although technology has undoubtedly enhanced the way we interact with our world – making it more fun, engaging and vibrant – AR is still in its relative infancy. The reality of universal implementation of AR teaching across subjects and schools is still a long way off.

Much like the evaluation of the use of Google Glass in Medicine where substantial improvements to the hardware are required, issues of data protection must be solved and specialised applications need to be developed – the widespread use of AR in schools will require substantial investment to make it possible and sustainable.

Although a recent study found that 82% of lecturers, researchers and learning technologists at universities and colleges are ‘interested’ in VR or AR, at this point in time, teachers and IT Departments would have to manage the design and implementation of any bespoke project themselves – this is unrealistic in terms of skills, time, resources and finances. 🧑‍🏫

Layering computer-generated content on top of our real-world view is a novel and engaging way to bring subjects to life and pioneering teachers are integrating the exciting technology into their teaching where they can. Perhaps as the innovation becomes more affordable and accessible, augmented reality will become a teaching staple of the future.  🚀

To Repeat Or Not To Repeat The Leaving Certificate? That's The Question 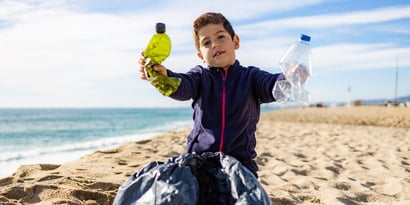 Recycle Awareness Week. Get With The Programme! Your Child With Thank You For It 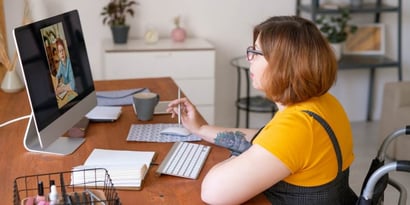 The History of GoStudent: From Homework Chat to EdTech Unicorn