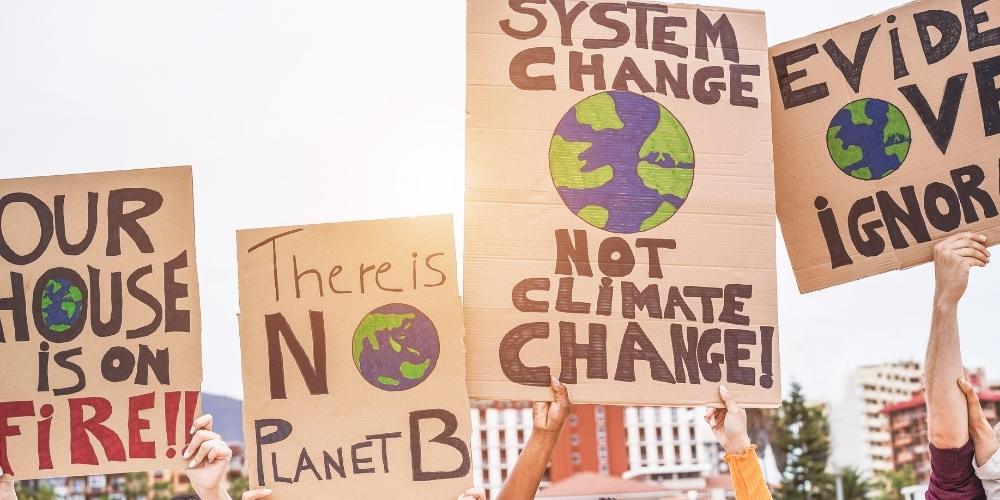 The climate crisis is the biggest challenge facing humankind, and the effects of global warming are already felt around the world. An increasing amount of children and young people are developing eco-anxiety and fears surrounding climate change. In fact, a recent study found that 60% of young people are “very worried” about what the future holds.

There’s no doubt that fighting the effects of global warming is an important focus for both current and future generations – and educating children and young people about climate change and the impact we’re having on the planet is key. 🌎

The Government is working on new measures to put climate change at the heart of education in UK schools, with the DfE announcing a specific climate crisis GSCE course last month and a greater focus on environment and sustainability in the curriculum in general. 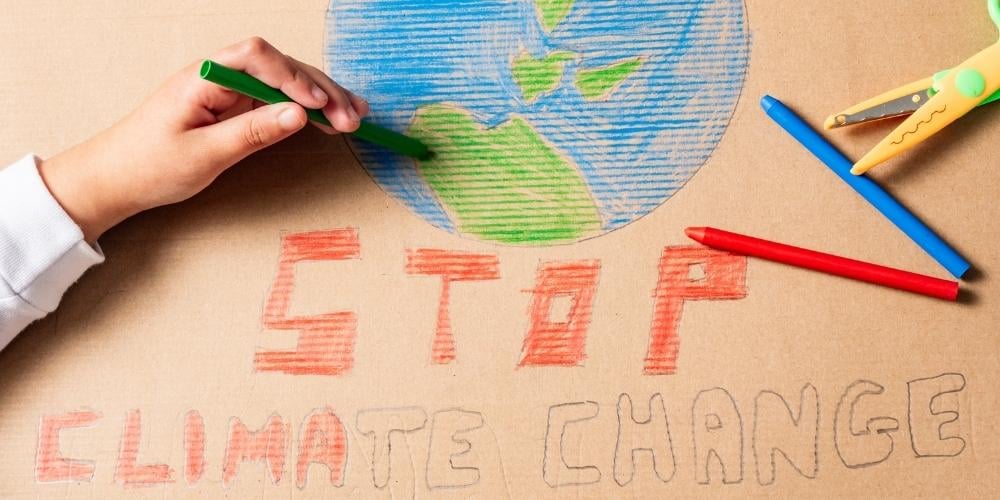 For the first time, British students will be able to study climate change as part of their GCSEs. A new climate-focused GCSE course was announced by the Department for Education in April 2022, though it won’t be available to students for a couple of years yet.

The new subject is being launched as part of the Government’s Sustainability and Climate Change Strategy which was announced at last year’s COP26 event. At the time, the Government revealed that the strategy aims to ‘put climate change at the heart of education.’ ✅

The new course aims to teach students how to conserve the planet’s resources and protect the natural world around us. The elective course is one of the first new GCSEs to be launched since the 2017 reform of GCSE qualifications, and it will be available in schools from September 2025.

Speaking at an event at the Natural History Museum in April, the UK’s Education Secretary, Nadhim Zahawi, announced that the new natural history GCSE will focus solely on the planet and what must be done to protect it.

Zahawi said, ‘The new natural history GCSE will offer young people a chance to develop a deeper knowledge and understanding of this amazing planet, its environment and how to conserve it.’

What will the new climate change GCSE involve?

At the moment, little is known about the specifics of the upcoming elective GCSE course beyond its focus on natural history and climate change. However, educators have drawn up a broad outline of what the new course will cover, and work is currently underway to design a full curriculum. 📃

The new qualification will allow students to learn about a multitude of different organisms and their environments, biodiversity and a range of issues related to the environment and sustainability.

A benefit of the new course is that it may help students ‘carve a future career in the natural world’ and develop skills and knowledge they need for further study or work in conservation and environmentalism.

What are pupils currently being taught in school about climate change?

Students in UK schools learn about environmental issues and climate change as part of subjects like geography and science, but the curriculum has never before included a specific course on the climate crisis.

Currently, climate change is taught in science, citizenship and geography from Key Stage 3 onwards, which is the start of secondary school. For primary school pupils who are in Key Stages 1 and 2, learning about what climate is and how it changes is on the curriculum.

During COP26 in 2021, Nadhim Zahawi highlighted that a new science curriculum would be put in place by 2023. The plan involves increased support for teachers delivering education surrounding climate change. 👨‍🏫

The Government has suggested that the new GCSE natural history course will allow students to deepen their knowledge about the history and evolution of different species, as well as the impact of climate change.

Could there be other benefits to the new GCSE course?

Those campaigning for the environment are welcoming the new course and the increased focus on climate in schools as a positive development in the fight against climate change. They have also suggested that secondary school students connecting with the natural world in a deeper way could be beneficial for them in a myriad of ways.

The environmentalist Mary Colwell led the campaign for the new subject and has stated that the GCSE course will be ‘very nurturing and life-enhancing for students. 🌱

Though it’s well-known that spending time in nature has a positive effect on our mental health, an increasing number of children and young people spend little time outdoors. Getting the chance to study wildlife and the natural world could spark greater interest in nature among young people, which may improve their mental health and wellbeing as well as their understanding of climate change.

How to Become a GoStudent Tutor: Follow These Five Easy Steps