Being a parent is certainly difficult, and it can be even more so if you have a child that misbehaves. While it’s completely natural for children to disobey, answer back and show a general lack of respect at times, it can be worrisome if this kind of challenging behaviour continues for extended periods. If you have experienced or are currently experiencing these kinds of behavioural difficulties with your child, and they seem to be generally very ‘oppositional’ on a frequent basis, it may be possible that they have ODD.

Read on to discover what causes ODD, what the symptoms are, and how to find ways to continue living as a family in the most peaceful way possible with your ODD child. 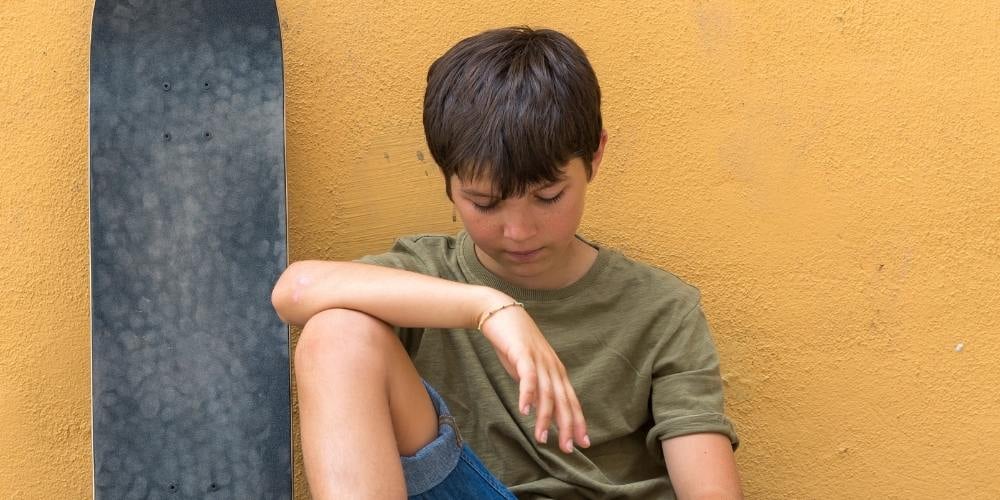 What does ODD mean and what is it?

We often use the word ‘odd’ to describe something strange or peculiar, but don’t get that confused with ODD. The ODD acronym stands for oppositional defiant disorder and is a behavioural condition that starts in childhood. It is reported to affect between 2 and 16% of children and adolescents in the UK and is more common in boys.

ODD in children is characterised by frequent and persistent patterns of anger and irritability, arguing, displays of combative or defiant behaviour and vindictiveness toward parents and other authority figures. 😠

What age can ODD be diagnosed?

ODD generally occurs during the preschool years and despite sometimes developing later, it nearly always appears before teenage years.

What are the causes of ODD?

While the cause of ODD is unknown, studies show that at least 40% of children with ADHD have coexisting ODD which possibly shows a link between the two.

What are the symptoms of ODD?

All children misbehave from time to time, whether it’s because they’re tired, hungry, stressed, or simply because they can’t get their own way. They may argue with you, disobey your wishes, go against your authority, and even show anger towards you. However, children with ODD will exhibit these types of actions over a long period of time and if it continues for longer than six months, parents are advised to seek medical advice for their child. ❗

According to the UK’s Learning Assessment and Neurocare Centre (LANC), symptoms of ODD may include:

What is the difference between ADHD and ODD?

While oppositional defiant disorder ODD and ADHD (or attention-deficit/hyperactivity disorder) are different conditions, they can occur together. However, the symptoms are quite different: while children with ADHD throw tantrums, this isn’t typical and is often a result of the child’s frustration or boredom. Whereas a child with ODD is much more likely to be throwing tantrums due to their inability to control their temper.

“Many kids with ADHD who are diagnosed with ODD are showing oppositional characteristics by default. They misbehave not because they’re intentionally oppositional, but because they can’t control their impulses.”

Some experts also say that ODD is like a vent for children to deal with the frustration and emotional anguish that comes with having ADHD.

How do you parent a child who has ODD?

Because children with ODD are particularly hostile towards authority figures, yourself included, it’s likely that the daily exchanges between your child and other adults are negative. So, try to flip these bad feelings on their head by staying upbeat. If you give your child some positive attention, they’re likely to stop trying to get your attention by acting out and misbehaving.

As the saying goes, rules are made to be broken, which is particularly true when it comes to children with this particular defiance syndrome. But this should not mean that you let rules fall by the wayside; in fact, it’s even more reason to employ a hardy, steadfast set of rules that you go through with your child as often as you need to. Keep them simple and have them clearly written on a piece of paper and placed somewhere like the fridge or the noticeboard – in other words, a prominent location in your home where they can always be seen. 👀

Whether for good behaviour or bad, enforce a system with your children whereby they are rewarded for being good and disciplined for being bad. Identify a specific consequence that will occur if they, for example, talk back, refuse to do something, or throw a tantrum, and ensure they know what this outcome is ahead of time.

Similarly, if they do something well or do as they’re told, reward them. Tailoring the rewards and punishments to your child’s specific abilities and needs is also a good way to make this approach effective. Make sure to be consistent with this system; your child needs to know that sticking to rules is important and divergence from this will lead to consequences. At the same time, if your child continues to behave well, they will learn the value of positive reinforcement.

Most importantly, stay strong and don’t give in – even when you really want to.

While many things about having a child with ODD can be unpleasant, their hostility is sure to have an impact on you, especially if your child is being verbally abusive. The key thing to remember is, it’s not you. Don’t take anything they say personally and don’t rise to it. If you react or become angry, they may try to match your anger and it will become a power struggle. Don’t yell at them, don’t smack them and stay calm – remember that they’re just words.

For any behavioural systems or therapy to work, everyone needs to be singing from the same song sheet. Make sure teachers, carers, nannies, grandparents, and other adult guardians are aware of your disciplinary methods, including the aforementioned rewards and punishments system. If other people employ different tactics with your child, this will undermine your hard work and make things more difficult for you in the long run.

Raising a child who has ODD can be exhausting, which is why it may be beneficial for you to find a support group. Talking to other parents of children with ODD will help ease your stress because they understand what you’re going through. Make a point of meeting with a support group regularly so that you have something to look forward to, a release. 😊

Telling your child “no” is only likely to spur them on and anger them further. Instead, decide on a code word together and use this when you want your child to calm down. Make it something cute and fun like “bubblegum” or “watermelon” – something that conjures happy feelings. 🍉

In more serious cases, you may need help from a professional. Behavioural psychologists or child psychiatrists can assist in getting to the root of your child’s aggression.

Are there any books to help me learn more about ODD?

Alongside parental support groups and medical guidance, look to our suggested books for that extra help and advice.

The Defiant Child: A Parent's Guide to Oppositional Defiant Disorder written by Douglas A. Riley

Found to be a great source of information for parents of children with ODD medical conditions, in this book Dr. Douglas Riley teaches parents how to recognise signs, understand the attitudes and modify the behaviour of their oppositional child.

Not only does this book give insight into the ODD disorder meaning, but clinical psychologist Gina Atencio-MacLean offers proven methods for modifying your child’s deviant behaviours while also giving you the tools to remain calm and focused. Featuring a two-part plan and a step-by-step guide, many families have found this book to be very helpful.

Zenia Marsden started noticing that her son’s behaviour was getting problematic – disobeying rules, frustrating his schoolteachers, damaging or destroying things – so she put her experiences to paper in order to share them with other parents going through the same struggles.

Oppositional Defiant Disorder: A Parents’ Guidebook for Children and Adolescents with O.D.D. (All you need from theory to practical strategies) written by Mommy's Angels

This book will help you recognise the ODD symptoms and differentiate them between typical ODD behaviour and general childlike outbursts, and it will offer guidance on how to define boundaries with your child. Plus, you will learn techniques and strategies for managing and influencing your child’s emotions, as well as coping with your own.

Featuring tools to increase positive behaviours, exercises, assessments, guidelines, case studies, and, most importantly, non-medication approaches to help you deal with your ODD child, this is an excellent resource for parents, teachers and therapists alike.

Finally, it’s never easy to raise a child with behavioural disorders, so make sure you look after yourself and find the support you need so that you can be a strong and influential parent. 💪 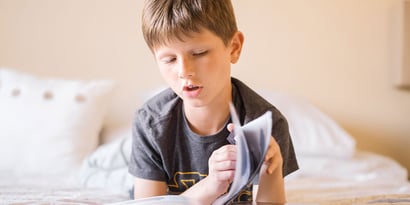