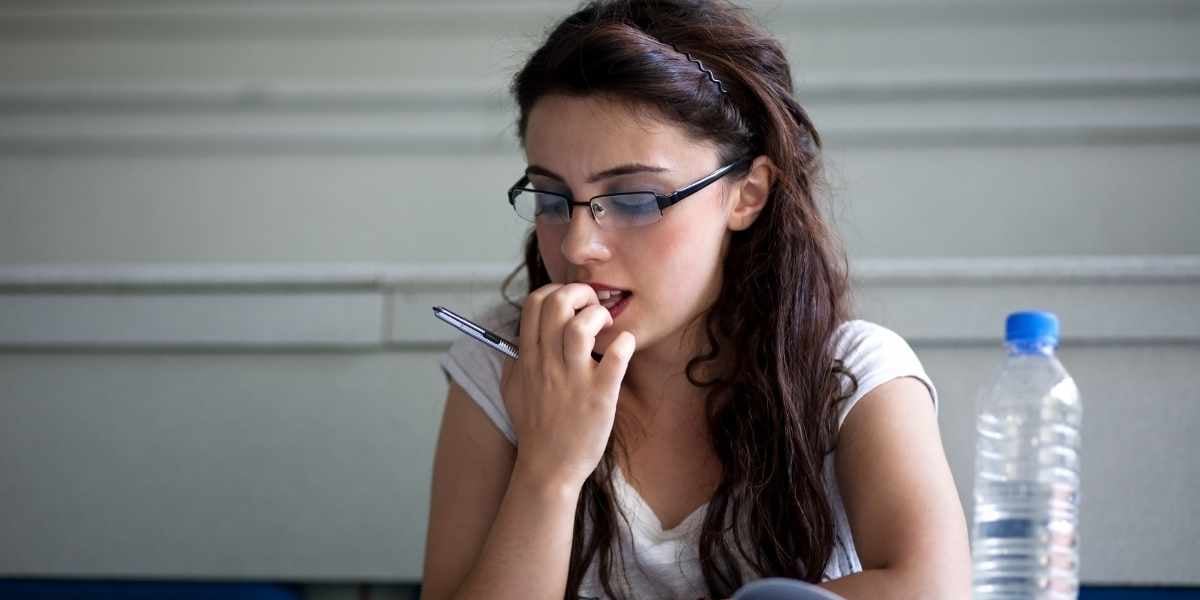 Attention deficit/hyperactivity disorder, or ADHD, is a condition that begins in childhood but continues into adulthood. Initially, doctors and researchers focused on the symptoms of hyperactivity in children as the main indicators of the condition as these children are the most disruptive in school and family life. As young boys tend to display these symptoms more often than the inattention aspects of the disorder, it was wrongly assumed that ADHD primarily affected boys.

ADHD was first described as ‘minimal brain dysfunction’ in the 1940s, lumped in with dyslexia and encephalitis. By the 1960s, doctors and researchers had separated out some of the symptoms we now associate with ADHD, labelling them ‘behaviour problems’ and ‘hyperactivity’. The stimulant Ritalin was approved in the United States in 1961, and this medication was prescribed to children to help with these symptoms. By the 1970s, there was a backlash against medicating children with stimulants like Ritalin, and that stigma has proved remarkably hard to shake.

In the early 1980s, ADHD was included in the American Psychiatric Association’s publication DSM-III, described as ADD with or without hyperactivity. Throughout the 1980s and 1990s, the public discourse about ADHD tipped back and forth between discussions of over-diagnosis, and a greater sense of compassion for this challenging disorder.

Indeed, even now doctors and researchers sometimes disagree about what constitutes ADHD, and whether it is overdiagnosed. But it wasn’t until the 2010s that studies started showing how the differences in types of symptoms between girls and boys might be masking how many girls have ADHD. While awareness is rising about the differing presentation of ADHD in girls, there are still twice as many boys who are diagnosed with ADHD as girls.

The symptoms of ADHD that are more common in girls include not paying attention, daydreaming, anxiety, and low self-esteem. While hugely detrimental, these types of symptoms are much easier to ignore at school and home, as they aren’t as disruptive as a student shouting out in class or unable to sit still. Unfortunately, while the typical female symptoms of ADHD may be less outwardly disruptive, it is no less damaging to the child coping with the disorder. However, only in the last 20 years has our understanding of ADHD started to change, taking into account the difference in typical symptoms between boys and girls.

Why are girls underdiagnosed with ADHD?

Boys are anywhere from two times to up to 16 times as likely to be diagnosed with ADHD as girls, depending on the data source. The numerous factors involved in this disparity of diagnoses tend to reinforce each other, compounding the problem of accurately diagnosing girls.

Societal gender norms, assumptions about ADHD symptoms from parents and teachers, gender bias on the part of researchers, accompanying anxiety and depression disorders, and differing symptoms in girls in comparison to boys all play a part in the underdiagnosis of ADHD in girls.

The general perception that girls do better in school, partly reinforced by statistics like GCSE results, doesn't help either when it comes to understanding learning differences for girls.

The societal pressure on young girls not to be seen as aggressive, difficult or loud is huge, and the kind of outward hyperactive behaviour in boys – arguing with teachers, aggressive behaviour with friends – is disproportionately discouraged in girls. Parents are more likely to name acting out behaviour in boys as ADHD, and minimize the same behaviour in girls, a 2019 study found, making getting to the first step of diagnosis for girls less likely. Decades of research focusing on white boys as the only group to struggle with ADHD has meant studies have only recently begun to address girls and people of colour.

It turns out ADHD is a quite inclusive disorder, as increased rates of ADHD in girls and people of colour in the last 20 years demonstrate. However, outdated ideas about what ADHD looks like and who is likely to have it persist in both parents, teachers, and clinicians.

The very nature of the typical ADHD symptoms in girls makes it feel less critical for parents to address, as well. Aggressive behaviour, disrupting class, and an inability to sit still demands action from school and family, but ‘spacing out’, forgetting homework and missing easy questions on tests can slide by under the radar. This is especially the case when broader academic achievement, such as A-Level results for female students masks individual learning difficulties.

These symptoms tend to show up later in girls as well or at least become more obvious when they are older when school starts requiring more initiative and responsibility, which led doctors and researchers to change the definition in the DSM to include kids showing symptoms up to age 12, instead of age 7. It’s also possible that hormone fluctuation in puberty in girls disproportionately affects their ADHD symptoms in ways not seen in boys.

If left untreated, ADHD in girls contributes to anxiety, low self-esteem, and poor school and career performance. Girls can see that they are unable to do what their classmates are doing, and assume that they aren’t smart or capable. This leads to misdiagnosis of Anxiety and depression, and while those issues may also be present, some of the medication that is commonly prescribed for these conditions can actually make ADHD symptoms worse.

Even when diagnosed as an adult, these deeply ingrained negative feelings about their abilities and intelligence can take many years of work to mitigate, despite addressing the underlying ADHD.

How this underdiagnosis affects the study of ADHD

The historical lack of studies looking at ADHD in women and girls furthered the myth that the disorder did not affect them often. It wasn’t until the late 1990s that the first studies were conducted specifically investigating how ADHD affected girls. Up until this point, if girls were included in any studies, it was only in comparison to boys, using the boys’ symptoms as the default to which the girls’ symptoms were measured. As more research piled up, however, it became apparent that some aspects of girls’ experiences of ADHD are quite different.

Two major factors come up again and again: the role of estrogen hormones and the effects of socialization on behaviour.

Firstly, the areas of the brain particularly affected by the estrogen hormones, concerned with decision making, emotions and social behaviour, are also the areas greatly impacted by ADHD. How these hormones affect and are affected by ADHD is not yet fully understood, but there seems to be a connection.

Secondly, the strong societal pressure on girls to be organized and perform well means they tend to try and mask their true feelings. To teachers and parents, the resulting behaviour looks more like depression and anxiety than ADHD. Even when there are some elements of acting out and hyperactivity, parents and teachers are more likely to discount it being ADHD than they would if the child was a boy.

This is a problem because it means girls are not getting the benefit of extra help and services specifically for ADHD early on, which can address the low self-esteem and anxiety that can accompany ADHD.

Raising awareness of the kind of behaviours specific to girls with ADHD with teachers, doctors, parents, and tutors can go a long way towards getting these girls the help they need earlier in their lives. This can lead to more equitable success all the way to the end of a female student's education and better outcomes with exams, such as the Leaving Cert.

Girls struggling with ADHD often have poor academic performance and need extra tutoring help, making it doubly important for tutors to be aware of the different symptoms affecting girls.

The ADHD Partnership in the UK noted in their report following a meeting of experts in 2020 that the first report to flag the underreporting of girls with ADHD was published in 1985, but that further progress has been slow. They also note the last meta-analysis of research around the differing of ADHD symptoms in girls was 15 years ago, and new investigations of the most recent research is sorely needed.

How women with ADHD are advocating for awareness

As women help their own children navigate ADHD diagnoses with the modern, more expanded definition, their own behaviours from childhood suddenly make more sense. More and more adult women are getting their own ADHD diagnosis later in life, and the problems they’ve had managing family life, work, and finances click into place.

The growing number of girls and women being diagnosed with ADHD is leading to greater awareness in the public at large that the disorder can present differently in girls.

Though there are still gender biases when it comes to teachers attributing certain behaviours to ADHD and consequently over-referring boys for further screening compared to girls. When presented with vignettes of ADHD-like behaviour, teachers were more likely to refer the hypothetical child for screening if the name and pronouns used were male. This behaviour was demonstrated in two different studies, performed in 2004 and 2001. The rising number of ADHD diagnoses in girls demonstrates these attitudes are changing, however slowly.

Some of the suggestions put forward at the UK ADHD Partnership meeting in 2020 for better recognizing and helping girls and women with ADHD included increased training for teachers, tutors, foster care workers and clinicians in recognizing ADHD in girls, as well as more support for girls and women with ADHD during transitional times, such as puberty and menopause. Making sure teachers, tutors and others who have frequent contact with children and adolescents have a good understanding of how ADHD presents in girls is crucial to getting them help early on, whether that’s a diagnosis, homework help or other support.