What Is Block Coding For Kids And How Does It Work?

Today, coding is an essential skill that all children can benefit from learning. With coding being the fastest growing profession in the UK, the demand for coding enthusiasts continues to get stronger. However, coding as a skill isn’t just valuable for software developers.

Basic coding skills will hold your child in good stead regardless of the industry or role they choose to work in. For example, coding can be used to automate basic tasks that are otherwise likely to take a lot of manual work. Coding can also be used to generate relevant insights.

In other words, learning how to code can help your child get accepted into university and support their long term goals. However, teaching your 12-year old Python or JavaScript — although not impossible —is likely to be prohibitively difficult. So is there a viable child-friendly alternative for these complicated computer languages?

Luckily for you, there is ! Block coding is a simpler way to introduce your child to coding.

What is block coding?

Block coding is a form of coding using ‘blocks’ or a drag-and-drop learning environment for programmers. The blocks serve as coding instructions that your child can use to fulfil various functions. The key difference between block coding and “normal coding” is that block coding does not require the programmer to manually fill out sentences of code line-by-line, making it an entry-level skill.

This allows your child to gain a deep understanding of computational thinking that underlies all coding using the visuals of block-based coding, rather than having to learn via text-based coding. Block coding games and websites (like tynker.com) work, by letting the child drag the block they want to use and drop it into the input field for the blocks. The young programmer can then select another set of coding blocks to continue adding to the field until they create a functional sequence that performs a task.

While this may seem fun for your child, you’re probably wondering whether block coding is real or whether it offers your child any benefits?

After all, a drag and drop function doesn’t make this style of programming the same as real coding, does it? Wrong! Block coding is a valid form of coding, albeit different and easier from the traditional text-based style.

Block coding for kids is an immensely valuable way to teach your child coding, because it does away with all the difficulty involved with traditional coding — learning to define input variables, having to deal with the peculiarity of the coding language, and debugging. While these are valuable skills to learn as a coder, they can be off-putting and demotivating for children looking to dip their toes into the world of software.

Instead, block coding gives your child a bare-bones understanding of what coding accomplishes, and how it accomplishes these things without any of the above fuss. This is the foundation your child needs, before they begin learning a formal computer language. With this base supporting them, your child might find picking up the more complicated coding languages more comfortable. With that said, how does block coding work?

How can my child use block coding?

When we use the term “blocks”, we are referring to chunks or pieces of information that a programmer is bringing together with the goal of ‘telling’ their computer what to perform. Another key term to learn — with respect to the popular block coding language ‘Scratch’ — is a ‘sprite.’ Think of a sprite as an image, which can represent an object or a character. The act of creating a character in Scratch (giving the sprite movement, sound, colour and more using blocks) is referred to as “painting a sprite.”

To give you a better example of how block coding works, let’s take a deeper look at Scratch programming:

Using block coding, children get the opportunity to create any of the following:

Now that we’ve established how block coding works, what are its advantages?

What advantages does block coding offer?

When it comes to getting started with programming, block coding offers tons of advantages for kids. This has to do with the fact that a lot of block coding languages were created keeping kids in mind. Here are some of the main benefits of block coding for kids:

Now, let’s address some of the drawbacks of block coding, which can tell you, as a parent, whether this tool is worth investing in for your child’s growth.

What are the disadvantages of block coding?

Although block coding clearly has a lot of advantages for kids, there are also some drawbacks that are worth mentioning. You can circumvent some of these drawbacks through the tips mentioned below. However, ultimately, the decision of whether you consider block coding valuable for your child is up to you.

Block coding is a valuable tool for young children to explore the fundamentals of coding without dealing with the hassle of syntax errors that come with traditional text-based coding. This form of coding is also instantly rewarding, motivating young minds to keep exploring and experimenting until they fully grasp how coding works.

So if you’re interested in helping your child learn coding, we encourage you to sign up with us for a free trial. Our world-class tutors can help your child learn block coding before transitioning to traditional programming languages. 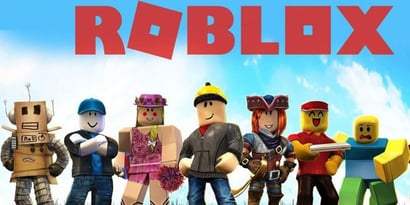 Top Ten List of the Best Roblox YouTubers For Kids 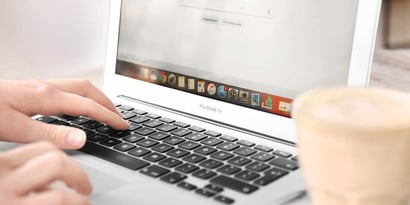 Which Is the Best IT Course for Me to Upskill? 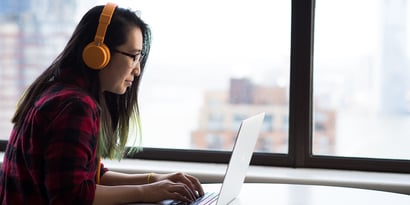 What’s PHP and Why Should You Learn It?