Same-Sex Parenting: What Does It Look Like and How Does It Work?

Along with a rise in gender-neutral parenting, figures suggest that the number of same-sex families in the UK has increased by 40 percent since 2015. So, what is same-sex parenting, how many same-sex couples are parenting in the UK and what impact does it have on children? Let’s take a look at the conversation, research and statistics so far. 👨‍👦‍👦

The UK is among the most inclusive societies in today’s world, but unfortunately, laws surrounding LGBT rights have only recently ensured something close to equality – as recently as the 1990s, UK legislation actively discriminated against non-traditional families seeking fertility treatment to become parents. 👶

Thankfully, over the last 20 years, same-sex parents have seen a legal and social revolution and it is now easier than ever before for LGBT parents to start a family in the UK – however, this group still faces significant hurdles and discrimination.

In simple terms, a same-sex-parented family is defined as any family in which both parents identify as having the same sex – most commonly families with two lesbian female or two gay male parents. 👬

Same-sex-parented families could also include families where just one parent self-identifies as being same-sex attracted, or one or both parents are transgender or a combination of the above. Check out our article on gender identity in schools for more information on defining gender identities.

It has been over 50 years since the UK decriminalised homosexuality via the Sexual Offences Act in 1967. Since then, society and corresponding legislation has slowly increased access to family-building options for same-sex couples.

Notably, in January 2008, the European Court of Human Rights ruled that an otherwise legally qualified and suitable candidate must not be excluded from adopting based on their sexual orientation. ⚣

Figures released by the Office for National Statistics – ONS – show that in 2019 there were 212,000 same-sex families in the UK, having increased by 40 percent since 2015. However, the most recent statistics for the number of same-sex couples raising children remain those from 2013, when 12,000 couples were doing so.

How do same-sex couples have children?

A gay man, a lesbian, or a transgender person who transitions later in life may have children within an opposite-sex relationship, such as a mixed-orientation marriage. Equally, LGBT people can become parents through various means including through current or previous relationships, adoption, foster care, co-parenting, surrogacy, donor insemination and reciprocal IVF.

Adoption is the legal process by which a child or a group of siblings who cannot be brought up within their birth family become full, permanent and legal members of their new family. Adopters become the child's legal parents with the same rights and responsibilities as if the child was born to them.

A lot of adopted children have suffered significant abuse, violence or neglect in their birth families and most have spent time in foster care.

Donor insemination – a method commonly used by lesbian couples – is when a partner is fertilised with donor sperm injected through a syringe. In some countries, such as Spain for example, the donor can choose to be anonymous but in the UK, they cannot have their identity withheld.

Reciprocal IVF is used by couples who both possess female reproductive organs. Using in vitro fertilization, eggs are removed from one partner to be used to make embryos that the other partner will hopefully carry in a successful pregnancy. 👭

Parenting challenges around friendships, school experience, bullying, tantrums, disobedience, lying, homework and technology – to name just a few – are pretty universal. An LGBT parent is no more or less equipped to deal with these issues than any other parent out there. Parenting style is far more important than sexual orientation when it comes to child development. 🧒

In fact, given the hurdles faced by many LGBT parents just to get to be parents in the first place, some might argue that same-sex parented families are exceptionally devoted to the idea, process of becoming and reality of being a parent, with all the associated difficulties and joys that it brings.

Institutional heterosexism can be observed in adoption policies in many parts of the world with some countries or states explicitly prohibiting adoption by openly lesbian, gay or bisexual people. Thankfully, since the turn of the 21st century, LGBT rights in the UK have increasingly strengthened in support but LGBT parents can and do still face discrimination – for example, surrogates are still seen as the legal parent in the eyes of the law for gay male parented families.

All of that being said, there are some challenges that LGBT parents and their children might face specifically because they are part of a minority group and therefore often still considered, in some areas more than others, to be challenging the traditional approach to family, relationships and parenting. 🏳️‍🌈

Ultimately though, many if not all arguments against the legitimacy of LGBT parenting are founded on outmoded, restrictive and inaccurate gender norms and expectations. LGBT parents can find themselves caught between two contrasting images – they are portrayed as either inherently different from or essentially the same as, heterosexual families.

Lesbians are either seen as militant, anti-male feminists or as especially safe caregivers due to their kind, loving and nurturing nature. Equally, gay men are pigeonholed as either lacking in women’s ‘‘natural’’ ability to care for children with a perceived predatory or overactive sexuality or more maternal, feminine and emotionally weak than heterosexual men. 😕

The impact of same-sex parenting on children

A question mark remains over the very topic of conducting research into the impacts of same-sex parenting on children, its mere existence somewhat suggesting that same-sex parents are somehow disadvantaged or less able. However, in the interests of social science and coming to legitimate conclusions, there has been a wealth of research into this area of inquiry, admittedly mostly undertaken in the USA but UK studies also contribute to the latest findings.

Children of single-sex parents might struggle with social interactions at school or extracurricular activities with some children encountering bias, bullying, stereotypes, micro-aggressions, harm and violence as a result of identifying outside of social normative, cis-gendered, heterosexual norms. 🚸

Due to the increased risk of harm experienced, children of LGBT parents and LGBT students can also experience increased levels of stress, anxiety, and self-esteem issues. Practicing and developing supportive networks within schools and wider society and working towards resilience skills can assist in creating safe environments for children and parents.

Once again, if hetronomative parents’ sexual orientation is presumed to be inconsequential in terms of a child’s experience at school and academic success then the same should apply for same-sex parented families. However, the question of what impact parental sexuality has on childhood wellbeing and educational performance has been surprisingly well researched.

A 2020 study by Deni Mazrekaj at University of Oxford used administrative longitudinal data on the entire population of children born between 1998 and 2007 in the Netherlands – the first country to legalise same-sex marriage – to follow the educational performance of 2,971 children with same-sex parents and over a million children with different-sex parents from birth.

According to the authors, a major factor explaining these results was parental socioeconomic status. Same-sex couples often have to use expensive fertility treatments and adoption procedures to have a child, meaning they tend to be wealthier, older and more educated than the typical different-sex couple.

However, the study concluded that the positive effects of being raised by same-sex parents still remained after controlling for socioeconomic status, though they did lessen. The authors hypothesise that homophobic discrimination could cause same-sex parents to compensate by investing more time and energy into their children. 💯 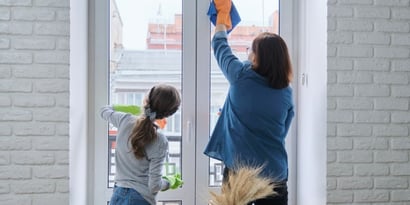 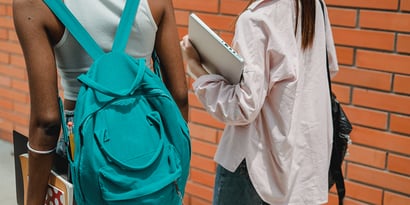