Why Schools Are Now Teaching Gender Identity in the Classroom 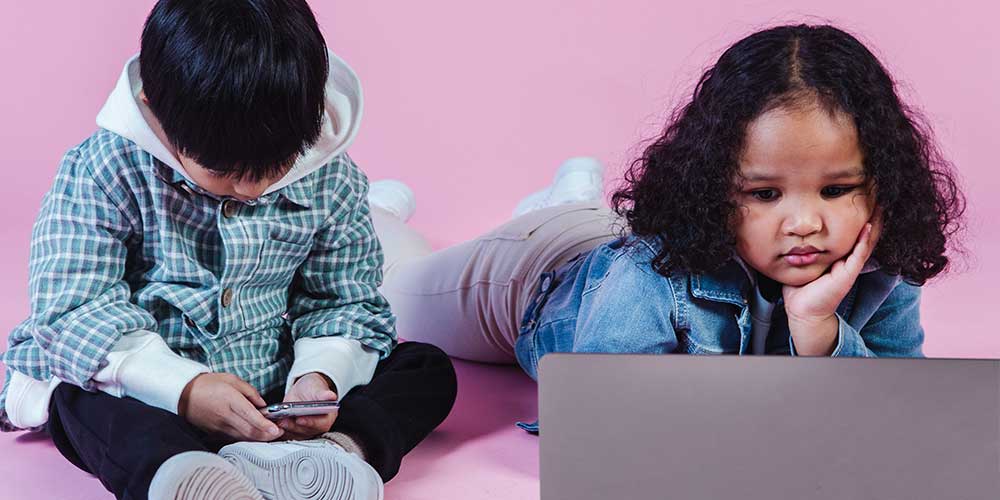 The UK government updated the relationships, sex and health curriculum last September to include more content around gender identity and equality. Let's take a look at how to talk about gender identity and how it is being taught in your child’s classroom.

What do we mean by gender identity?

First of all, it's important to understand the difference between gender and sex.

Gender is based on behaviour, expectations and outward presentation – such as norms, roles and clothing; whereas sex refers to the different biological and physiological characteristics of males and females – such as reproductive organs, chromosomes and hormones.

So, gender identity is based on self-perception – it's a way to describe how someone feels about their own gender. For example, some people may identify as a boy or a girl, while others may find neither of these terms feel right for them and identify as neither or somewhere in the middle. 🌈

There are rich histories of people transcending gender norms throughout English history dating as far back as Roman Britain. Gender-nonconforming people appear in court records, popular broadsheet ballads and newspapers.

It's important for all of us to be able to look back in history and learn about other people who may have had similar experiences to ourselves. It strengthens our sense of self, bolsters our own experiences and helps us to feel part of society at large.

This is often harder for those of us existing within minority groups so these stories from history are particularly important for trans and genderqueer identities today. 💁

While many people identify with the gender they were assigned at birth, for others gender is more of a spectrum, with lots of different possible identities. People can and do question their gender identity or find that it changes over time.

Here are just some of the terms currently used to describe different gender identities as outlined by the NSPCC and others:

This is when someone’s gender identity is the same as the gender they were assigned at birth.

This means someone doesn’t identify as either male or female. They could identify as both or neither.

This is when someone feels their gender is different from the gender they were assigned at birth.

Why should gender equality be taught in schools?

Gender equality is just one piece of the larger equality, diversity and inclusion puzzle which includes other protected characteristics such as disability, ethnicity or race, religion or belief and sexual identity and pushes for social justice.

The Office of National Statistics have themselves conceded that there are no administrative data sources that can provide the required information on gender identity and sexual orientation; while there are some statistics available for specific sub-populations, these do not enable a reliable estimate for the population of England and Wales as a whole.

However, a tidal wave of conversations in the media and various sub-studies suggest that gender non-conforming people could make up anywhere between 0.4 and 28% of the UK population. 📈

As society, our identities and the way we discuss them both progress so too can our freedoms. Having informed and open conversations with young people about these key issues in an educational and supportive setting will ensure that the next generation is equipped to deal with the challenges that the future might bring with confidence and compassion. 🌍

In 2020, the UK Government issued new gender identity guidance for teachers in England. This guidance came with handbooks, resources and more.

As a parent, you may be interested to learn more about how the following guidance has been followed at your child’s school. 📕

Your child’s school will have a statement of values and ethos which may include personal qualities and behaviours they seek to foster. This statement will be the backbone of their general approach to education and should clearly set out an expectation around equality, diversity and inclusion at school.

So, any specific lessons around gender equality should be set within the context of a whole-school approach to supporting pupils to be safe, happy and prepared for life beyond school. 💯

Many schools will have chosen to integrate the new compulsory relationships, sex and health content into their existing personal, social, health and economic (PSHE) education framework.

Anyone over the age of thirty may look back at their own sex education at school with mixed feelings, recalling uncomfortable demonstrations involving pieces of fruit together with a brief introduction to the female vs male anatomy if they were lucky. Thankfully, the approach to relationships, sex and health education has progressed beyond measure so you can be confident that your child’s education is in line with modern theory. 🙌

A typical classroom in the UK will be made up of many different students with varying levels of understanding about their own or other students’ gender identities. Fostering honesty, openness and safety within the classroom can help to correct biases that students might hold about themselves or others.

A classroom that prioritises gender equality will take account of the varying stages of cognitive development in the room as well as the potential differences in the level of exposure to the content being taught. All pupils have the right to feel safe, supported and able to engage with the key messages in their lessons. 👍

How can parents promote gender equality?

Topics involving gender and biological sex can be complex and sensitive matters to navigate. Many parents approaching these topics look to resources in order to be well versed in the most recent ideology and appropriate language. 😊

Here are some of the best practice guidelines issued by the UK Government to refer to and look out for at your child’s school:

It is important not to reinforce any harmful stereotypes, for instance by suggesting that children might be a different gender based on their personality and interests or the clothes they prefer to wear.

You can avoid embarrassment and protect children’s privacy by always depersonalising discussion, for example, using a fictional character to illustrate an issue. Children can then talk about that character without having to share personal information.

While you should not suggest to a child that their non-compliance with gender stereotypes means that either their personality or their body is wrong, you should always seek to treat individual children with sympathy and support.

#4 Stay in touch with school 🤝

Teachers should work together with you on any decisions regarding the school’s treatment of your child, in line with the school’s safeguarding policy and the statutory guidance on working together to safeguard children.

Schools have been required to update their relationships, sex and health curriculum in line with the latest statutory guidance and deliver teaching since September 2020.

All schools are required to have a written policy in place that supports the implementation of the new curriculum. These policies – typically approved by the governing body or the trust board – should have been made in consultation with you – the parents and carers – before being finalised.

If you would like to know more about how your child’s school has implemented this new curriculum and accompanying policy, reach out to their administration office, parent-teacher organisation or school community council and ask for more information.

In the meantime, here are some helpful links and resources for you and your child to refer to: ✍

Stonewall is the largest LGBTQ+ rights organisation in Europe. They are part of a vibrant global movement for change and fight for freedom, equity and potential. Head to their website for more information including help, advice, a glossary of terms and more.

This UK’s public sector information website, created by the Government Digital Service to provide a single point of access to HM Government services. Head to the school curriculum pages for the latest information.

The Office for National Statistics is the executive office of the UK Statistics Authority, a non-ministerial department that reports directly to the UK Parliament. Head to the gender identity pages for an overview of their latest work on and research into gender identity.

Amnesty International is an international non-governmental organization with its headquarters in the UK focused on human rights. Head to their website for a beginner’s guide to gender identity and advice on how to be a great trans ally.

The National Society for the Prevention of Cruelty to Children is a British child protection charity.  Head to their website for advice on understanding gender identity and how to support a child.