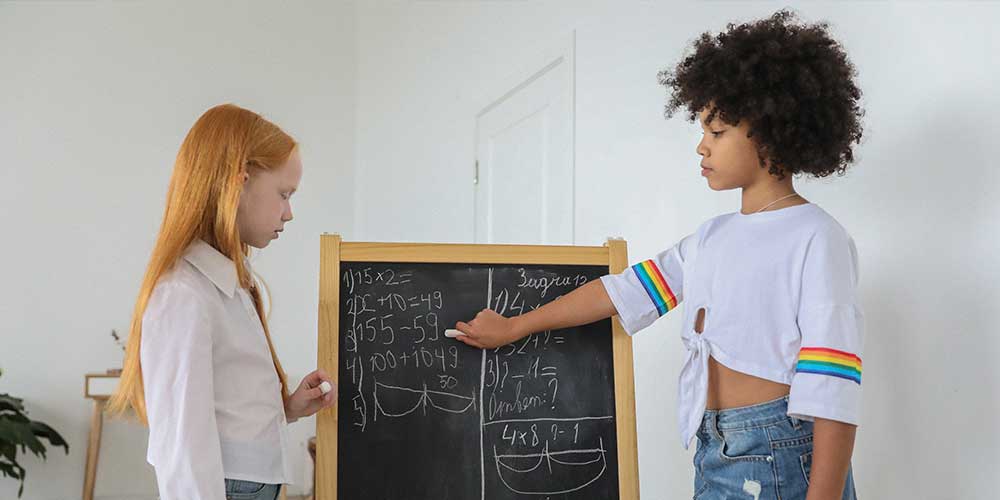 We as parents can take away something from these women, whether it be determination or just how to be an absolute queen! Have a read on today's International Women's Day about these famous, powerful women in mathematics and learn from their inspiring stories. ♀️ 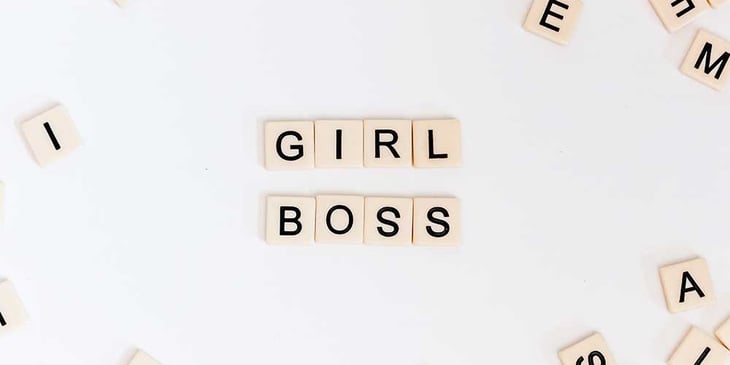 ”My methods are really methods of working and thinking; this is why they have crept in everywhere anonymously.”

Emmy Noether strived to be like her father, a mathematician! Unheard of in those days was any woman who did math, so she studied to teach English and French, until the university her father taught at allowed women to enrol in any type of program.

Emmy finished her doctorate in 1907. She worked in the university’s math institute for seven years UNPAID! This didn’t deter her however, as she moved to a different institute that appreciated her more. There she was allowed to teach, even if it was under her colleagues' name.

Imagine spending 12 years with your doctorate and not being recognised by your university for your contribution? Noether was known not just for her mathematical genius, but also for her kind heart, her giving nature and her sheer determination to impact the mathematical field, regardless of her gender. 😎

A famous mathematician who wrote the book Modern Algebra based the book on her ideas. Einstein said, "In the judgment of the most competent living mathematicians, Fraulein Noether was the most significant creative mathematical genius thus far produced since the higher education of women began."

What can parents learn from Emmy?

Teaching both kindness and dedication to our children will help them grow up to become not just successful, but hopefully remembered too. We need to empower children to change the world around them and to keep pushing until they receive what they really deserve for all their hard work.

We often forget that if we work hard, someone will notice, and any kindness will come with a reward. 💗

If you thought that Emmy Noether had a hard time, try being a mathematician about 100 years prior!

Sophie Germain only had an opportunity to study because of her determination to use her father’s vast library. She took every opportunity to further her education and mind.

Sophie was known as the Princess of Mathematics.  She published an essay on elastic theory that won the grand prize from the Paris Academy of Sciences. Even with this achievement, she was still not able to pursue mathematics as a career and had to work independently the entire time.

How on earth does someone like Sophie become the Princess of Mathematics? My conclusion on this: Sheer determination and dedication. 🤩

Sophie was so dedicated, that she would stay up past her parents' bedtime to study late into the night, at only 13 years old. She retrieved the notes from lectures from the local mathematics academy, since she was unable to attend because of her gender.

She kept writing even after she was diagnosed with Breast Cancer! Sophie continued to work through her pain. She pushed through not just her pain but the push back from those around her. so she could inspire girls to show that same level of determination.

It should show women that they have the opportunity to change the world even if some people don’t want it to be changed. 🚀

Become your own Princess of Mathematics 👑

On International Women's Day this year try to make their mathematical crown for your kids, including their favourite sums drawn all over it! Let them become maths royalty for the day!

Just remember to tell them about Sophie’s dedication though, as that is what made people remember her to this day!

There is now a reward offered by the same Paris Academy of Sciences in her name for honouring mathematicians. A reward your children could strive towards to one day, by just learning to take opportunities that are all around them and to never give up. 🌍

“The more I study, the more insatiable do I feel my genius for it to be.”

Let’s have a look at another mathematician who might have had pushback from society, but luckily not from her family.

Ada did have it easier because her mother encouraged her to work hard on her mathematics. It's something we as parents can do for our kids 🧒. It wasn’t just help from her mother that got her to where she needed to be though.

Even though she was sick a lot as a kid, Ada still studied everyday. The marriage to her husband furthered her social connections to scientists and mathematicians. She used these connections wisely and learnt something from every scholar she came across, even speaking to Charles Dickens on the poetry of Mathematics. 🤔

Whenever you work on a computer, and it just knows how to perform certain programs, is is because of Ada Lovelace. Using her knowledge in mathematics and eventually in electrical engineering, Ada made notes on an article where she proposed calculating numbers using an Analytical machine 💻.

Sound familiar? Ada Lovelace was proposing the first computer to perform mathematical tasks, before a time when computers even existed.

When Ada was alive, there was no such thing as a calculator! She took all that knowledge that she was encouraged to learn and developed it into something brand new. This shows, you can do anything you set your mind to. 🚀

What can I do to encourage my kids to be like Ada?

Luckily, we have access to the computers that Ada essentially helped pioneer! However, you can have your kids dedicate some time to inventing something new today.  Even if it seems like an idea that will never come true!

Teach your children to never give up and to always understand their worth, in any subject they enjoy and to use the resources they have around them. Whether that’s people or their environment. 🌳

Put some dedication into it and someday they could have inventions named after them one day! 🤩

“There's Only One Thing To Do: Learn All We Can!” 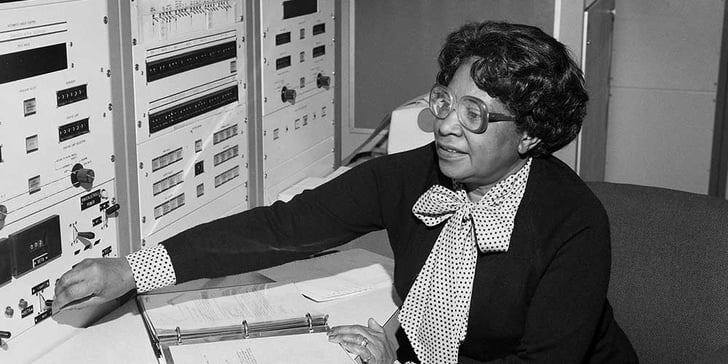 Dorothy Vaughan, one of the women included in the movie Hidden Figures (a definite watch this International Women's Day for all of you loving cinema), was the first African American woman to EVER receive a promotion at NASA. 🚀

She was promoted to the position of supervisor and she prepared her staff for the introduction of machine computers, something that she saw coming from a mile away! So she taught herself, and eventually everyone else, the programming language Fortran.  Sounds fancy I know, but just know that she eventually got the first person into space.

She graduated as top of her class, which helped her receive a full-tuition scholarship to study mathematics. Dorothy worked hard from day one, so that she could show the world that she could do anything she set her mind to! 🤩

She started working at NASA after being a teacher and quickly saw where they were going with mathematics. Eventually, just by looking around her, she figured out where to help her colleagues to stay on top.

In her final years she spent time with mathematicians to launch the first human into orbit and these calculations were then used to send the first man to the moon. 🌙

Dorothy was another kind heart, helping those around while helping herself. She pushed for equal rights for her fellow black workers, while showing off her genius to the people around her. Never drop your crown 👸, or in her case her keyboard, for anyone.

We as parents can teach teamwork, dedication and  observation to our kids. Working together in a team is something everyone must do when they grow up and teaching them that now will put them ahead.

Dedication is something you as a parent can instil into your child now already, with not allowing your kids to give up on projects they show interest in.

In her honour NASA named a crater on the moon after Dorothy and a satellite 🛰️ launched in 2020 also carries her name.

“You can do anything you want do. But you have to work at it”

Here is the human calculator, I mean Annie Easley! 🧮

People say that the mathematicians at NASA used to take their calculations to Annie before finalising anything. 😲
This is what she is best known for while working there, but she could do so much more.

Easley didn’t have it easy. 😔

Annie is also featured in the Hidden Figures, although she was not mentioned initially even though she was one of the first African-American women to be hired by NASA. People didn’t always like this idea, but Annie showed them what she could do.

She still accomplished so much, and so can your child!

As mentioned however, she did help get America to space first and never let all the barriers she faced get in her way!

This shows us not just how much the world around us doesn’t need to affect what we achieve and neither does it need to affect your kids, but also that they can easily push past all the barriers put in their way.

“Math is one of the oldest scientific disciplines… but not the oldest profession.

Now let me introduce you to a modern woman..  Ingrid Daubechies

How on earth 🌍 did she get to where she is today?

Well Ingrid had such a love for maths, that when she would struggle to fall asleep instead of counting numbers up and down, she would do her two times tables from memory!

Somewhat of a mathematical prodigy, and all of us can’t be prodigies of course, however we can still spend time everyday growing our math skills.

Now what makes Ingrid unique, is her drive to be recognised in her field regardless of her gender. With over 20 awards and honours given from across the globe, Ingrid is a fantastic example of what brilliant women can do if they have no obstacles put in front of them, unlike the other famous women above.

Try what Ingrid did 😃

Have a go at doing time tables at random parts of your kids’ day. I have found that it can actually help you learn other types of maths easier.

However, show them that working hard today can help you achieve so much in the future. Putting in the work today, like Ingrid did as she grew up, will develop all the skills you will need to become your own maths superstar. ⭐

I hated mathematics for a large part of my life, mostly because I never understood it properly. Then I read up specifically about Ada Lovelace and how she took in the world around her and used it to learn.

I fell in love with her story and what she ended up achieving regardless of her “insane” father!

So I became determined that day to find the brilliance in everyone 🌟, to help kids, and parents with their mathematical journey.

Ready to discover whether your kid is a maths genius, or ready for them to become one? Meet our tutors now, book your kid's trial lesson here and become the Math Prince or Princess! 👑

The Complete Guide to Montessori Schools

What is Reading Comprehension and Why is it Important? 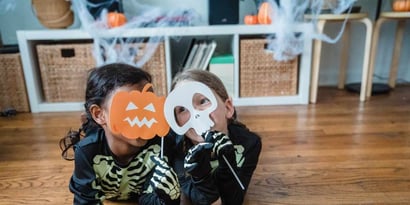