We’re so excited that you’re on this page and interested in learning some cool Egypt facts for kids. Let’s go on a journey together and explore ancient Egypt facts KS2 level and beyond. We’re also going to look at modern-day Egypt and discover more about the country and culture.

What are 10 facts about Egypt?

Egypt is a fascinating country that has a rich history. Perhaps you’ve visited or have a friend who’s been, or maybe you’ll get a chance to go one day. In the meantime, let’s explore some facts to get you better acquainted with the country.

Before we get started, do you want to know what is a fun fact about Egypt? It was the ancient Egyptians who invented a calendar with 365 days although it was split into different seasons that we use today. They also invented many other things we use regularly in our modern lives and we’ll look at some of those soon.

In this section, you’re going to find out interesting information about the country as it is in today’s world. Here are the top 10 Egypt facts for kids:

Now, let’s jump back thousands of years and look at Ancient Egypt facts for kids like yourself.

What are 10 Ancient Egypt facts for kids?

People all over the globe have long been fascinated with ancient Egypt. You’ve probably seen images of some pyramids and the alphabet they used (hieroglyphs). Here are some amazing facts about this ancient world.

They certainly were a busy society! Let’s explore more Egypt history for kids and see what we can find out.

Egypt history for kids includes some super interesting elements. We’ve got more details on some of the ancient Egypt facts for kids we know you’ll love. We’re going to look at:

Mummies - what’s that all about?

As you would have read above, in ancient Egypt they would preserve a body once a person passed away in the belief that their soul would live on. The process of mummification was to stop the body from decaying.

The whole process could take up to 40 days and would begin with covering the body in a salty substance. They would then let it dry. Once dried, they would cover the skin all over in lotion and then wrap the body in many layers of linen. The body was then covered in a sheet called a shroud and put in a sarcophagus (stone coffin).

The pyramids - just a pretty building?

The pyramids were made out of giant stones that each weighed more than a car! It took more than 20 years to build one, which if you consider the fact they were built by hand without the help of the machinery we have today, is pretty amazing.

If you remember the pharaohs (leaders) from above, they expected that they would become gods after death. The pyramids were tombs where their bodies (and royalty) would be placed in a burial chamber inside.

Cats - what was their significance?

While ancient Egyptians did use dogs for hunting and to protect them, they treasured cats more. You already know that cats were thought to bring good luck but they also believed that they were magical. As a result, the rich families even put jewels on their prized pets and made sure they had the best treats possible.

As with humans, when cats died, their bodies were also mummified. The owners would shave off their eyebrows as a sign of mourning (sadness) for their cat and stay in a state of mourning until their eyebrows grew back. There have been dedicated cat cemeteries discovered that had cat statues all around too. 🐱

The huge amount of respect that ancient Egyptians had for cats meant they were used in many of the images depicting gods and goddesses, among other favourite creatures of the time. Let’s take a look at some ancient Egyptian gods for kids and why they were worshipped.

As you now know, there were a lot of gods and goddesses worshipped throughout ancient Egyptian times. We’ve picked out some special ancient Egyptian gods for kids as we obviously can’t include more than 2,000 on one page!

Anubis was the god of the afterlife and mummification. While this might sound like he was scary he looked after the dead as he protected graves and helped guide souls into the afterlife. Anubis was represented by the figure of a man except with a jackal for a head (a jackal looks similar to a wolf or wild dog).

While Anubis had a few roles in ancient Egyptian mythology one of his most famous is for the “weighing of the heart”. It was supposed that when someone passed away, Anubis would weigh their heart on one scale which was opposite another scale with a “feather of truth” (usually an ostrich feather). ⚖️

If the heart was lighter than the feather their soul would be sent to live in paradise forever. They believed a lighter heart meant a person had led a decent, honest life. However, if a heart was heavier, a demoness would swallow it and that person would have no afterlife.

Ra was one of the most important gods for the ancient Egyptians. That’s because Ra (the sun) gave life, allowing crops to grow, and providing warmth and light. Ra was also seen as the father of creation and thus the king of the gods. Unlike Anubis, Ra was depicted in a number of ways:

Hathor was a very popular goddess and also powerful presiding over many of the happier elements of life. Hathor was a goddess of love, beauty, and dancing, among others. It’s easy to see why she was a favourite. ❤️

On top of all that, Hathor was one of only several goddesses considered to be the “Eye of Ra” (the sun god from above). This meant she was his female counterpart and she would protect him from enemies. Hathor was usually depicted as a female figure wearing a headdress with cow horns on it. However, occasionally she was just depicted as a cow. 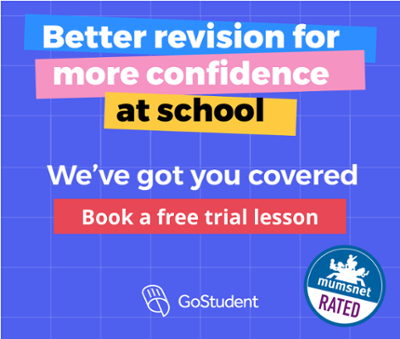 Thoth was the god of knowledge and wisdom and he was considered someone who could settle arguments between good and evil. With his wisdom, the ancient Egyptians believed it was Thoth who invented the 365-day calendar and hieroglyphs. They also believed he created the heavens and earth.

Thoth is said to have written dozens of important books, many of which were quite mysterious. Some included spells used in ancient Egyptian magic. There is also “The Book of Thoth” which is supposed to hold all the secrets of the universe. It’s said to be cursed and anyone that finds this book will be the most powerful sorcerer anywhere.

Thoth was depicted by a figure of a man with an ibis (sacred bird) or baboon for a head.

Mut (also known as Mout or Maut) was considered the goddess of the sky and queen of the goddesses. Her attributes as a goddess changed a lot over a long period of time in the ancient Egyptian world and she has also been associated with water and even giving birth to the world.

In hieroglyphs, she was represented as a vulture. In paintings and statues, she was usually a female figure in a long red dress with the wings of a vulture.

All of the gods and goddesses held special powers and characteristics for which they were worshipped. In mythology, you’ll find that many of them are connected too. There are stories woven together about families, revenge, and great challenges and accomplishments. It’s a fascinating topic and there is a lot more information online and in books, if you’re interested.

So, do you feel like you know a lot more about Egypt now? We bet you do. You can take these facts you’ve learned and quiz your family and friends to see how much they know!

What Are The Different Types of History and Why Should You Care?

International Women’s Day: Its History, Significance, and How You Can Get Involved

Tudor Kings and Queens Cheat Sheet: Who, What, When and Why?!