How Does Culture Influence Children? 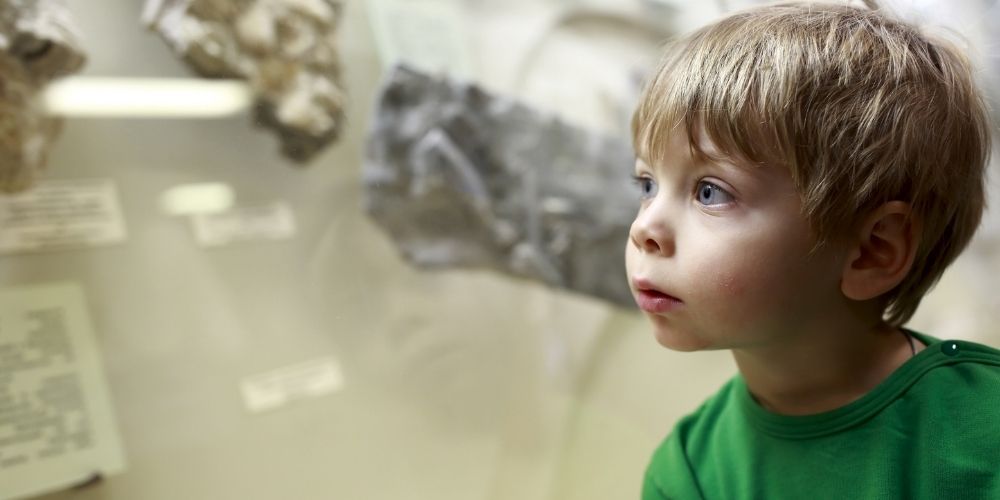 What pops into your head when you hear the word 'culture'? Ballet? Opera? Yoghurt?

Culture is a big concept, but it’s not just about high-brow arty-farty stuff. Culture is about the way you live your life, the things you believe in and value, the activities you take part in, the food you eat, and even the way you speak. It gives your life meaning and tells you who you are.

Cultural influences can be local, regional, or national and are passed down from generation to generation. There’s much more to the idea of culture than this, but that’s basically what it boils down to.

What are 5 examples of culture?

Every community, ethnicity, and nationality has its own unique culture made up of various ingredients.

Five important aspects of culture are:

What types of culture exist?

In the UK there are many layers of culture.

There is the overall culture shared to a greater or lesser extent by everyone from Land's End to John O' Groats.

Scotland, Wales, England, and Northern Ireland each have their own distinct cultural identities.

Then there are also the cultural differences between rural and city areas.

Cultures do not vary just in terms of geography. There are also cultural gaps between generations, for example between Baby Boomers and Millennials and among social classes. There are hundreds, if not thousands of sub-cultures based around religion, ethnicity, politics, gender identity, and even music.

What are examples of cultural influences?

The UK belongs to what is generally called “Western culture”. This is a term that describes the common culture shared by Europe, the US, Canada, Australia, and New Zealand. Western culture was strongly influenced by the ancient Greeks and Romans and, later, Christianity.

Buddhism, Confucianism, and Taoism formed the basis of East Asian culture, including in China and Japan.

In India, Hinduism, Buddhism, Jainism, and Sikhism are the main cultural influences.

Culture is a hugely complex thing and it is influenced by many factors.

Climate and geography are big determiners of what foods people can grow and eat and what they wear to protect themselves from the elements.

Local materials and resources dictate what clothes are made of and how houses are built.

More conceptual things like language, religion, and art can be influenced by neighbouring communities as ideas spread through regions.

How does culture influence behaviour?

There are two main views of how culture influences behaviour.

One optimistic view is that when children are brought up in a particular culture they learn its values, beliefs, and traditions but when they are old enough they can decide for themselves which parts of the culture to accept or reject. In this view, people have the freedom to choose the way of life that suits them best.

A more pessimistic view sees children as nothing more than the products of their society. Everything they think, feel, and believe has already been programmed into them by their culture and all their actions are determined by their upbringing.

So which view is correct?

You may have heard of the nature versus nurture debate. This is a long-running argument in social science about how children develop and why adults turn out the way they do.

On one side is the idea that we are trapped by our biology, that our genes decide what kind of person we are and what actions we take.

On the other side, there is the idea that children are born as “blank slates” and nothing about the people they will become is set in stone.

Sciences like genetics and neuroscience are finally putting this argument to rest by showing that the truth is somewhere in the middle.

Some aspects of our personality and behaviour are already built-in when we are born, but the brain is an amazingly flexible organ and scientists have found that it adapts with experience and education and can actually rewrite its own structure.

The fact that our brains are so adaptable points to the influence of culture on behaviour as also being somewhere in the middle between the optimistic and pessimistic views.

Our culture shapes us to a certain extent, but our innate characters and personal experiences can let us pick and choose which parts we adopt.

To see how your culture can affect you, try this simple experiment:

Which two of these things go together:

Children from Western cultures normally put the panda and the monkey together because they are both animals and Westerners often think of things in terms of categories. If you were brought up in an Asian culture you are more likely to choose the monkey and the banana because monkeys eat fruit and there’s a relationship between them.

Context and holistic thinking are more important in Asian cultures and this affects people’s thinking and behaviour.

For social scientists, one of the main differences in cultures is whether they are more individualist, like the UK, Europe, and America, or more collectivist, as in Asia or Africa.

One classic experiment investigated how such cultural differences can affect memory. Students in America and Japan were shown short animations of underwater scenes. The study found that the Japanese students were better at remembering information about the context of the scenes, such as the colour of the water.

Similar research has found differences in things like attention and perception across cultures and even in how we think about ourselves!

Scientists put Western and Chinese volunteers in brain scanners and told them to think about themselves. Identical parts of the brain were activated in both groups. They then asked the volunteers to think about their mothers. For the Chinese subjects, “mother” activated the same areas of the brain as “self”, but those areas did not respond in the brains of Westerners. This shows culture can actually affect how our brains handle the very idea of the “self”.

How does culture affect child development?

Parents and how they bring up their kids are certainly affected by cultural influences.

Mothers and fathers learn how to treat their children from their own parents, from their friends, and from their wider community.

Researchers observed Japanese and American mothers showing their babies a new object. Japanese mothers usually focused their infants' attention on themselves first before showing the object to the child, obeying the relationship-first culture of Asian countries.

American mothers tended to show their children the new object and then focused the child on themselves, following the analytical style of Western cultures. These patterns of person-first or object-first orientation became the standard reaction of the infants after a few months.

Perhaps studies like this point to the origins of individualist and collectivist cultures. Simple differences in parenting styles may add up to greater psychological differences in the long run.

For example, while kids may display similar behaviours across cultures, how parents and others respond to those behaviours can encourage or discourage children. What is seen as acceptable or desirable in one society can be perceived as negative or undesirable in others.

Fitting in with the group is an important trait in collectivist societies, along with co-operativeness and maintaining strong relationships.

While independence and self-reliance are valued in Western societies, this competitive, individualistic personality type is seen as aggressive and antisocial elsewhere.

If you’re a shy and withdrawn child in Europe, you may be lonely and have trouble making friends, but in an Eastern culture, you will be seen as nice, polite, and obedient.

In China, parents tend to follow a more authoritarian parenting style and get high levels of obedience from their children. On the other hand, children in Chinese immigrant families in the UK often assimilate attitudes from their British peers and are more likely to disobey their parents.

How does culture influence a child's language development?

Studies of how mothers communicate with their infants have found this behaviour varies across cultures.

One study shows that in Africa, where extended family and kinship is very important, mothers talk to their babies about how they relate to other people.  Meanwhile, in Germany where the nuclear family is the norm, mothers talk about what their baby needs or wants and about what kind of person they are.

This difference in communication styles may have an effect on child development and indeed, if psychologists ask children in Western cultures for self descriptions, they are likely to respond with facts about themselves as individuals such as “I am good at drawing” or “I like football”. Children in other cultures tend to answer in terms of their relationships and their roles in society.

When asked about specific events, European-American children tend to talk about their feelings and opinions and give more detailed descriptions, while Chinese and Korean kids are more likely to mention who they met and how those people were connected to them.

Aspects of childhood that we think of as normal and take for granted are not necessarily universal ideas.

The view of childhood as a time to play, be happy, and be free of too much responsibility is a fairly modern and Western-centric idea.

Remember how the Victorians didn’t see a lot wrong with sending kids up chimneys or down mines to do dangerous and dirty work?

In fact, children are still sent to work instead of school in many parts of the world, indeed it is sometimes seen as an important rite of passage.

Other cultures don’t always share our fear of the elements either. For example, in Norway and Russia, parents put their infants outside in the ice and snow to get them used to low temperatures.

Spanish kids don’t really have a set bedtime and can be seen hanging around bars and cafes with their parents until the early hours.

Cultural backgrounds also affect how childhood friendships work. In some countries, such as Korea and Cuba, friendships are a measure of personal achievement, and children in those cultures experience stronger bonds than kids in Canada and the US.

While schoolkids in Europe and America try to resolve arguments with their friends through compromise, those in Eastern societies prefer to give their friends the cold-shoulder treatment.

Culture has an effect on how children play around the world too.

In some cultures, parents do not see any reason to play with infants and leave them to their own devices.

Kids in Western cultures like the UK are more likely to act out imaginary situations and pretend to become different characters.

Korean children, on the other hand, are more interested in role-playing realistic, everyday situations. Studies have also found kids growing up in cities engage in more fantastic make-believe play than children in rural areas.

Childhood differs across cultures, but every child is unique and their education should be too. Our world-class tutors are on hand to give your kids one-to-one attention. Click here to book your free trial lesson now. 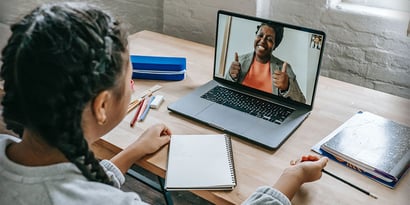 What is ableism? And why should we stop using ableist language? 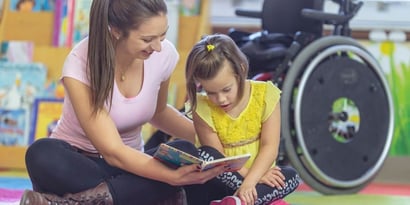 Disability Pride Month: When, how and why should we celebrate it