What are the Mathematical Secrets of BIDMAS and BODMAS?

BIDMAS, BODMAS, Bibbity Boop…. you might sometimes feel like teachers speak a different language, leaving you confused and unsure about what’s going on in school. To add insult to injury, they start yelling at you after you get some courage to ask your teacher for help.

Well, have no fear. We’re here to help!

It might sound like some sort of post-Christmas Blue Peter charity appeal auction. Still, BIDMAS is a very useful acronym that helps you remember what order to follow when carrying out complex maths calculations. It’s a mnemonic like Richard Of York Gave Battle In Vain, used to remember the order of colours in the spectrum of light:  Red, Orange, Yellow, Green, Blue, Indigo, and Violet. 🌈

What does BIDMAS stand for?

You need to use the BIDMAS rule by looking at the mathematical problem, then going through the acronym from left to right, checking whether the calculation contains any of those operations. Operations refer to mathematical tasks like addition, subtraction, multiplication, and division.

So, for a problem like 3 + 6 x 5 the order of the BIDMAS acronym shows us that the multiplication must be solved before the addition.

By following BIDMAS, you can simplify difficult looking calculations and break them down into individual steps.

For example, if you encounter an advanced mathematical problem like:

BIDMAS tells you how to solve it correctly.

In this case, as multiplication comes before addition in the BIDMAS rule, we multiply 8 by 4 to get 32:

Let’s look at another example:

Using the BIDMAS maths rule, any mathematical operations inside brackets must be solved before anything else.

Do the multiplication operation inside the brackets first:

Then do the addition operation outside the brackets:

Indices are the second most important operation under the BIDMAS maths rule. Indices are used to show how many times a number is multiplied. It covers square roots (also called square numbers, exponents, or powers). For e.g.:

The first thing to do is resolve 2³:

Then do the addition:

The same rule applies to addition and subtraction. For example, in this problem:

As the addition appears first on the left, it should be worked out before doing the subtraction.

Let’s look at some BIDMAS questions to practice:

Apply the BIDMAS rule and look for what kind of operations are contained in the problem. We can see here we have an index (4²) and an additional operation.

Under the BIDMAS maths rule, the index 4² must be resolved before the addition. So we do:

Now, we can do the addition:

Let’s look at another:

If we analyse the type of operations in this problem, we find a multiplication operation within brackets and a subtraction operation outside the brackets.

The BIDMAS rule tells us to work out the problem in brackets first. So let’s do that:

Now, we can carry out the subtraction operation to get the answer:

Let’s do a more complicated one:

According to the BIDMAS rule, the correct order of operations is to do the calculation within the brackets first.

If we look inside the brackets, we can see the calculation is also complicated with an index and addition and multiplication operations.

So, we use the BIDMAS rule again inside the brackets. BIDMAS tells us that we need to do any indices first. So if we work out 2² we get 4:

Next on the BIDMAS list inside the brackets is the multiplication problem:

Now, the final calculation inside the brackets is addition:

With the whole problem inside the brackets solved, we can do the last operation outside of the brackets, which is subtraction:

And there we have it. Now you know the essentials of BIDMAS! 💡

What is the difference between BIDMAS and BODMAS?

BODMAS is the same thing as BIDMAS, except the ‘I’ for indices in the BIDMAS rule is replaced with ‘O’ in BODMAS to stand for ‘order’. Don’t worry too much about BODMAS, though, as BIDMAS is the more commonly used term.

You should use BIDMAS to break down maths problems with multiple operations into simpler chunks. You should use the BIDMAS rule not only to make problems easier to solve but also to explain your working calculations in your exams.

According to the national curriculum, if you are in Year 6 or beyond, you should learn the order of operations, meaning the BIDMAS maths rule. This will help you work out mathematical problems using addition, subtraction, division, and multiplication.

As BIDMAS is aimed at standardising maths, pretty much everyone from accountants to engineers to rocket scientists carries out calculations using it. Even calculators and computers use BIDMAS or BODMAS. Remember, BIDMAS is for life, not just for primary school!

Let GoStudent be your guru!

Maths is one of the most complicated subjects, and many of you will be at least a little intimidated by it. The teaching methods used in schools don’t allow you to receive personalised attention. All in all, this leads to a poor learning experience for you.

So if you are interested in learning at your own pace and time, keep an eye on the GoStudent blog. We often write about the latest maths terminology and techniques like BIDMAS.

Don’t forget to book a free trial lesson with one of our excellent tutors for all the help you need in maths or any other subject! 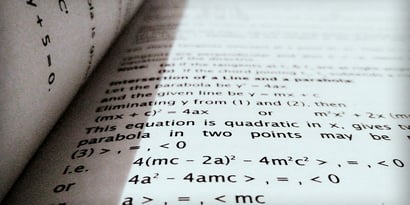 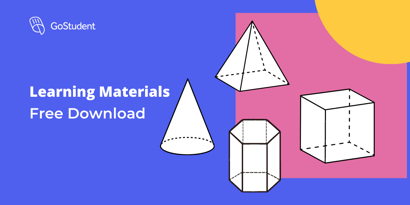