Interview With Kike Esnaola: Being LGBT+ Throughout Adolescence 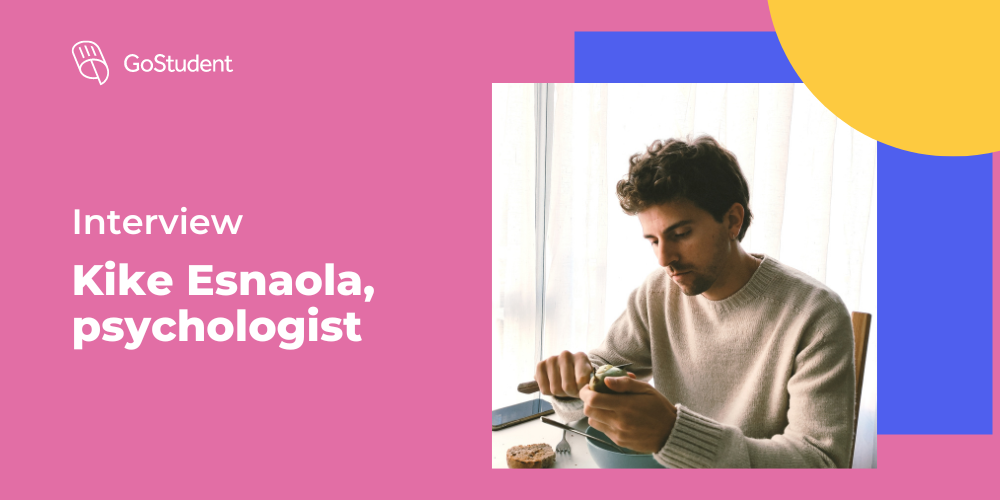 In GoStudent's interviews we talk to real people about real experiences. On this occasion, and on the occasion of LGBT+ Pride month, we wanted to chat with Kike Esnaola. He is an educational counselor and psychologist at Forapsico, his own clinical psychology center; but he is also a disseminator on social media through his Instagram account, @forapsico, and a writer on the Spanish GoStudent blog, where he deals with issues related to mental health, adolescence, sexual and gender diversity or eating behavior.

In this interview we wanted to take the opportunity to talk to him about being LGBT+ throughout adolescence. A topic that affects him directly and that, in addition, he is passionate about because he believes that dealing with it is essential to achieve real equality and a total normalization of diversity. Within the fifteen minutes that the talk lasts, he tells us about his experience as a gay teenager, gives us his vision of the current situation of the LGBT community and explains why it is so important to educate in diversity. Read more on a very enriching conversation, that we are sure will leave a very good impression on you. What are you waiting for? Press play!

How was your experience as an LGBT+ teenager?

My experience as a gay teenager was very much characterized by invisibility. I was not able to express my sexual orientation until I was 19 years old. It was coming out of the educational center I was in that allowed me to be transparent about what I felt, who I was. I think that is very connected to the reality that I lived as a teenager in my school and the few references I could have to feel valid as a gay teenager.

Do you think all this has changed or is changing in the new generations? Do you think there is progress in terms of visibility of diversity?

Fortunately, yes. Also from a legal point of view. As regards pedagogical law, since 2008, the framework of inclusion is in place in schools in Spain. Since then, not only sexual and gender diversity but all diversities are having more presence.

It is true that, in practice, it is also causing, at the same time as a greater sexual and gender visibility, the visibility of aggressions, of the difficulties that still exist to accept and celebrate all that diversity. We are in a moment in which I consider that everything is very visible. The good and the not so good.

What role do families, friends and teachers play in LGBT+ adolescence? What do you think their response should be?

First of all, I would say that we must be aware that the response of the adult figures that surround minors is fundamental because minors have adults as referents and mature through their adults’ eyes. That is why it is important to normalize and offer a real inclusive environment to LGBT+ children. But not only that, but also to give answers to the specific needs of the LGBT+ collective in adolescence because they are particular and exposed to a cisheteronormative context that we cannot ignore. We need to normalize but also cater to their particularities.

Could you go a little deeper into these more special particularities or needs of the LGBT+ collective in adolescence?

Both people with a non-normative sexual orientation (homosexuality, bisexuality, asexuality) and those with a non-normative gender identity (trans, non-binary identities, etc.), all of them unfortunately still have to go through a process that a heterosexual and cis person will not go through. Because all LGBT+ people have to experience an internal struggle, the result of a context that still does not make it visible.

This process that occurs in adolescence is very specific to the community, which is not going to experience a straight cis person, and therefore, if we do not pay attention to this in particular we can forget about things like the ones I told you with my story, which was not a case catered to or talked about because it was not visible.

What do you think should be the way to deal with this situation from the side of schools and education professionals?

I think it is a very complicated issue and there are many nuances. The response should again be directed at two fundamental aspects. Firstly, ensuring consequences to these aggressions so that there is no tolerance to any type of aggression. Not only LGBT+phobia, but any aggression against diversity that continues to be perpetuated in the educational system.

I believe that this part is extremely important, but the most important part is undoubtedly the one that has to do with pedagogy: educating in values that can offer a vision of diversity as something positive, as enrichment, and not as the opposite, which is precisely where we come from, a view of diversity as a problem, a disease or something to be eliminated.

This transformation at the educational level is the one that can allow us to generate a different environment and that prevents us from ending up at the tip of the iceberg, which are these aggressions you are talking about.

Currently there are films and series, such as Heartstopper, that make visible a previously hidden reality. What can you tell us about LGBT+ representation and how do we see the future of this?

It's great that this representation exists. After all, sexual orientations and gender identities have to do with who I am and how I found my place in the world. It is very difficult to find your place in the world and to be able to identify yourself and build an identity without the existence of referents onto which I can project myself, through which I can imagine a future and have a viable vision of what it will be like to live a life with the consequences that belonging to the LGBT+ community can have.

I believe that the trend is improving, we have come from a total absence to a relatively interesting presence and I believe that in a while we will be talking about normalization. That is to say, we will not be talking about this issue, about whether a presence is occurring as something exceptional since it will be part of the normal reality. It will not be alien to us, nor will we be excited to see a non-heterosexual family or a trans character.

We will be able to reach that point of real representation entailing those dynamics from which we are still far away, and a lot of work has yet to be done. And a lot of pedagogy.

This final message is perfect to end our interview, because it is encouraging and makes us want to continue to fight for real equality and total visibility. We are sure that Kike Esnaola's words will be (very) useful to those LGBT+ teenagers who are suffering during their high school years. We hope this interview will help them feel embraced! 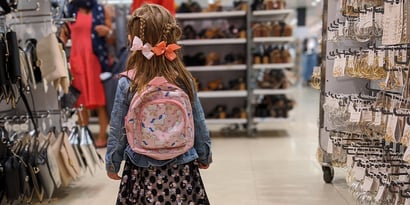 Back to School Shopping on a Budget: Best Tips, Tricks, and Deals