LEARNING OUTSIDE OF SCHOOL

Does Your Child Want to Take Acting Classes? Find Out the Benefits Here

You may have noticed that your child enjoys the limelight and wonder if all that confidence could be put to good use in acting classes. It may be that your child is particularly outgoing or a natural performer and dreams of a career on stage. If any of the above is true, it is definitely worth considering to take acting classes. You could suggest the idea to your child first, to see how they respond to it. 🎭

It's also worth noting that acting classes can be a great tool for shy children too. Often, a relaxed environment involving plenty of warm up games can really help a child overcome introverted behaviour as they forget themselves and become a different character.

Acting classes often do lead up to performances in front of an audience of friends and family. However, that’s not all that takes place in acting classes. There are plenty of exercises and fun and games beforehand to learn about acting which can be especially helpful for more reserved children who may be daunted at the thought of diving straight in to preparing for a performance.

Should my child take acting classes?

You may have wondered “ Why take acting classes ?” for your child, especially if your child naturally enjoys being the centre of attention, it may not be obvious at first what benefit they could get from acting classes. Well, we all know that for very small children role playing and storytelling are critical to development. This remains true long after the toddler phase is over and even into adulthood.

Acting classes help all children to expand their mind, think on their feet and improve their public speaking, not to mention teamwork as children work together to create a performance. The importance of acting really can’t be underestimated as a tool to explore alternative viewpoints and situations both in fantasy realms and real life. ✨

How to take acting classes?

There are a few places where your child can take acting classes. The easiest place to enquire may be at your child’s school. Perhaps they have a theatre club after school which will make the acting classes conveniently integrated into the end of the school day. Another place to take acting classes for your child could be your local theatre. Often theatres large and small are connected with local Drama schools and may host acting workshops for kids over school holidays or ongoing lessons.

Until now we are assuming that your child may just love acting, but if your child expresses strong aspirations to get into the industry professionally then there are more serious classes that you may want to consider. Drama schools for children will often specify if their focus is about encouraging imagination and creativity or a career on stage. If your child is just considering getting started in the world of acting classes we’d recommend beginning with a trial lesson in the former type of drama school rather than the latter. 📺

Are acting classes good for children?

Adults and children can relate to the fact that getting up in front of a group of people and performing isn’t easy. Deciding to take acting classes though can be a very important first step in getting over stage fright. Growing confidence through regularly performing will help children to overcome stage fright sooner rather than later.

Children will also often have to memorise lines and feel a real sense of team spirit especially in the lead up to performances where they’ll want to do their very best for themselves and their peers. At its core though, acting classes can be just really great fun for any child to get stuck in right away!

How long should you take acting classes for?

Some children get bitten by the acting bug and never want to stop, it’s a wonderful change of pace from traditional classes in school. Acting classes for children are a wholly physical experience without the same physical exertion and as a traditional sports class. Plenty of children with an interest in acting classes continue to take classes or be involved in theatre in some way throughout their teenage years. A few children may continue classes into adulthood by taking part in community theatre or amateur dramatics courses.

Keep in mind that your child could become very invested in their acting classes at first and then in a year the interest burns out. This is normal with children who have a variety of interests and are exploring hobbies. Ultimately acting is like any other skill and for as long as your child is enjoying the classes, they will continue to benefit and should continue to take acting classes where possible.

Helping Your Child with Telling the Time 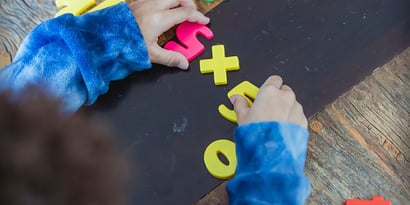 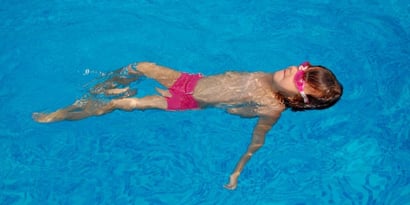