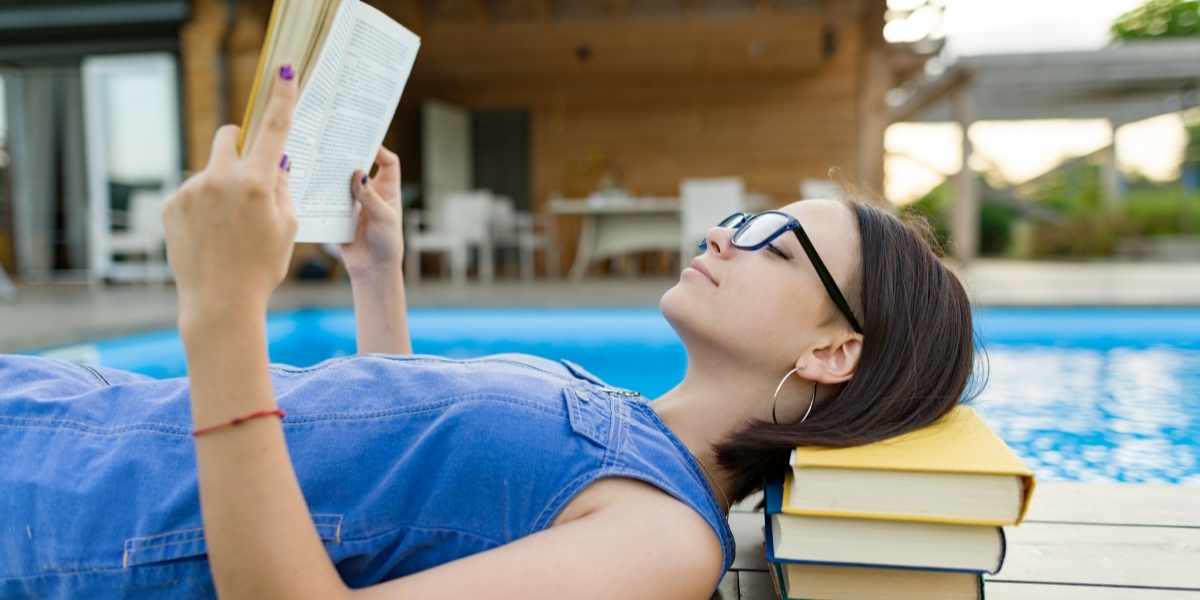 GoStudent plays host to a wonderful network of tutors who are experts in their field. In our GoStudent Expert series, you’ll find tips, guides, and information from some of our very own GoStudent tutors. Find out what our learning experts have to say right here... 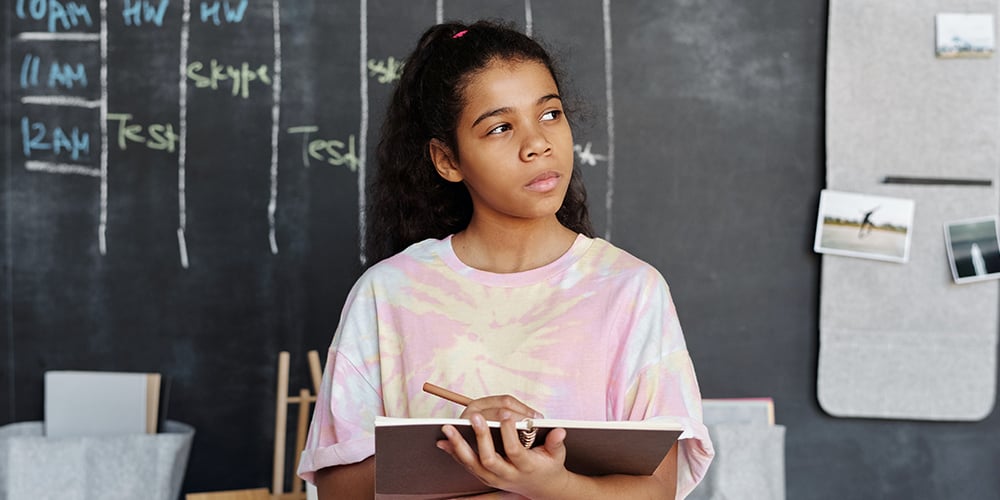 Mystified by meter? Confounded by consonance?

You’re not alone. Poetry can be difficult to get to grips with when you’re first learning about it. We believe that many pupils and students who don’t enjoy studying poetry or struggle to understand the art form haven't been taught how to read poetry properly. Poetry plays an important part in your English career throughout school and is a compulsory subject examined at GCSE level – so knowing the basics is key!

In this primer, you will learn all you need to know about poetry to help you appreciate and understand this ancient art form. 📜

How to read poetry

First, read the poem aloud. Poetry is an ancient art form that was originally designed to be read aloud. Because most people in the ancient world could not read or write, the earliest poetry is oral.  People chanted it, sang it, recited it — and they still do. 🎵

The music of poetry — that is, its sounds and rhythms — isn’t just for the eye and the mind, it’s meant to be given voice. In fact, as they write, most poets imagine someone reading their poems aloud. Therefore, you’ll experience the whole poem if you read it aloud.

A big part of poetry is sound and rhythm — and the best way to get the full impact of these important elements is to put them into action by pronouncing them.

Sound and rhythm don’t exist just for their own sakes, either; they exist to give you pleasure (because humans naturally like music and rhythm in poetry) and lead you to the poem’s meanings.

Commas, spaces between words, line endings, and other pauses may hint at melancholy, hesitancy, or passion.

Punctuation has its traditional functions like exclamations, questions and wistfulness and is also often used in unexpected ways — or not used at all. You may miss all these signals if you don’t read poetry aloud. ☝️

Identify the literary devices in the poem

An allegory is a story or poem with a hidden meaning: often a moral, religious, or political one. It’s not a poem, but the first allegory I read as a child was The Lion, the Witch, and the Wardrobe, a children’s fantasy novel by C.S. Lewis. Animal Farm by George Orwell is another allegorical novel.

Alliteration is two or more words in a row beginning with the same letter. “The fair breeze blew, the white foam flew, the furrow followed free.” This line from The Rime of the Ancient Mariner by Samuel Taylor Coleridge alliterates words starting with B and then with F.

This is an indirect reference, often to another work. In western countries, many poets use allusions to Greek mythology or to the Bible. The speaker of “The Love Song of J. Alfred Prufrock” by T.S. Eliot says: “To say: ‘I am Lazarus, come from the dead…’” Lazarus was Jesus’s friend whom he raised from the dead in The Gospel of John.

In poetry, this is an extended metaphor. In Emily Dickinson’s poem “Because I could not stop for Death,” Death is personified. The conceit, or central metaphor, is a carriage ride with Death. The ride represents the event of dying, followed by burial.

Consonance is repeated consonant sounds. (Assonance means repeated vowel sounds.)“Jabberwocky,” Lewis Carroll’s nonsense poem about a monster, uses both assonance and consonance. “’Twas brillig, and the slithy toves” is consonant because of the repeating T and S sounds. In this example, Carroll’s nonsense words create an eerie tone through sound alone, not meaning. Unlike alliteration, assonance and consonance do not need to be at the beginning of a word.

In poetry and prose, diction is word choice. Poets are often very intentional about diction, picking particular words over synonyms for their sound, imagery, or secondary meanings. A related concept is syntax, or the order of words.

An end stop is a sentence or thought that finishes at the end of a line. This is common in traditional, rhyming poetry, with several examples here.

This is the opposite of an end stop. Enjambment is continuing a thought from one line or stanza onto the next. It often changes the meaning of the lines or creates double meanings or pauses. It can also enable longer, more prose-like thoughts or phrases. Jericho Brown’s poem “Inaugural” uses enjambment repeatedly.

Imagery is any detail that appeals to the senses. “Dover Beach” by Matthew Arnold begins by describing the sight, sound, feel, smell, and taste of the sea and air.

Inversions reverse the typical order of words. In poetry, this can sound more dramatic or old-fashioned or fit the rhyme scheme of the poem. In English, adjectives usually come before nouns. “My fair lady” is standard word order; “my lady fair” is an inversion.

A metaphor is related to a simile. Instead of overtly making a comparison, though, a metaphor says that one thing is another.

Meter is a structured rhythm in poetry. William Shakespeare wrote most of his plays and sonnets in the meter of iambic pentameter. In iambic pentameter, each line has ten syllables, divided into five two-syllable iambs. The first syllable of each iamb is unstressed, while the second is stressed or accented. Antonio in The Merchant of Venice says: “In sooth, I know not why I am so sad.” This line is in iambic pentameter, as reading it aloud or clapping the beat can show.

Onomatopoeia is any word that imitates sounds. The nursery rhyme “Old MacDonald Had a Farm” teaches children a different animal noise onomatopoeia in each verse: quack, moo, and so on. Less obvious examples are words like buzz, crack, pop, hiss, and tap.

Personification is giving human qualities to animals and objects. For example, if a poem says, “The wind whispered,” that’s personification. Pathetic fallacy is a more specific form of personification that attributes human emotions to objects. At the end of Shakespeare’s Romeo and Juliet, the Prince says: “The sun for sorrow will not show his head.” This is an example of a pathetic fallacy.

Many poetic devices use repetition. Maya Angelou’s poem “Still I Rise” repeats phrases like “you may” and “I rise.” This creates a powerful rhythm and fits the poem’s theme of resilience.

Rhymes are similar ending sounds in two or more words. Not all poetry rhymes. Here are some common types of rhyme in poetry:

Rhythm is the beat or flow of a poem. It’s a more loose term than meter.

This is a comparison using “like” or “as.” William Wordsworth uses a simile in this line: “I wandered lonely as a cloud.”

Symbolism is when one word or object represents another. Often the symbolic meaning is abstract and open to interpretation. This poem by Dylan Thomas uses “night” to symbolize death. Many poetic devices include symbolism.

A poem’s theme is its underlying message or idea, often not directly stated. Love, death, morality, and nature are common themes in poems.

Verse is poetry, as opposed to prose. Verse can also mean a metrical line, stanza, or other distinct section of a poem, or the form in which it’s written. Two popular types of verse are blank verse and free verse.


Identify the type of poetry to understand its message

From sonnets and epics to haikus and villanelles, there are probably a thousand different types of poetry, each with different meanings and structures.  Listed below are 10 of the most common ones:

In contrast to blank verse, rhymed poems rhyme by definition, although their scheme varies.

An epic poem is a lengthy, narrative work of poetry. These long poems typically detail extraordinary feats and adventures of characters from a distant past.

Similar to an epic, a narrative poem tells a story. Henry Wadsworth Longfellow’s “The Midnight Ride of Paul Revere” and Samuel Taylor Coleridge’s “The Rime of the Ancient Mariner” exemplify this form.

A pastoral poem is one that concerns the natural world, rural life, and landscapes. These poems have persevered from Ancient Greece (in the poetry of Hesiod) to Ancient Rome (Virgil) to the present day (Gary Snyder).

A sonnet is a 14 line poem, typically (but not exclusively) concerning the topic of love. Sonnets contain internal rhymes within their 14 lines; the exact rhyme scheme depends on the style of a sonnet.

An elegy is a poem that reflects upon death or loss. Traditionally, it contains themes of mourning, loss, and reflection. However, it can also explore themes of redemption and consolation.

Much like an elegy, an ode is a tribute to its subject, although the subject need not be dead—or even sentient, as in John Keats’ “Ode on a Grecian Urn”.

A limerick is a five-line poem that consists of a single stanza, an AABBA rhyme scheme, and whose subject is a short, pithy tale or description.

Lyric poetry refers to the broad category of poetry that concerns feelings and emotion. This distinguishes it from two other poetic categories: epic and dramatic.

Because poetry is a more distilled form of art than prose, description of the characters through imagery, metaphors and other types of concentrated language is much more common.

The writer may use meter, rhyme, imagery, action or even setting to reveal something about a particular character. For instance, a poem may distil an important moment in a character’s life into a single metaphor and then expand upon that metaphor in order to show the character’s evolution.

Occasionally, a poem will have a speaker or a persona. A persona appears in the first person, using the pronoun “I.” The speaker of the poem is never the writer, but a fictional character, which the writer sometimes uses as an alter ego or a mask. Personas are quite common in poetry that is written in the first person, and in lyrical poetry, and they are used to distinguish the writer of the poem from the character in the poem.

Finally, what lasting impression does the poem leave with you?

After following the steps above, you should have an understanding of the poem. But, before reaching a conclusion about the meaning of a poem, ask yourself this:

Are you emotionally moved or touched by the poem? Are you entertained or repulsed, terrified or stirred to agree? How has the poet made an impression? And most importantly, why?

Understanding the ancient art form of poetry will not only enhance your appreciation for literature but also improve your chance of obtaining top marks in your English GCSEs. We hope this guide helps you understand poetry better and makes you feel interested in learning more. Our talented GoStudent tutors are on hand to offer their support if you could use some extra help – why not book a free trial lesson to try us out? 🚀 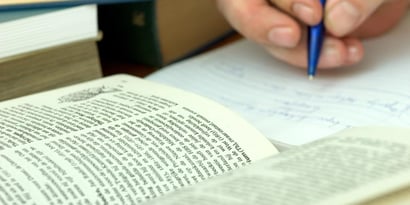 How to Write the Perfect Essay: A Step-By-Step Guide for Students 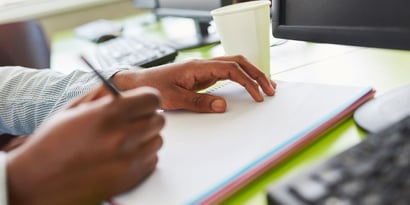 Unseen Text: How to Analyse a Poem for GCSE English Literature