You probably won’t be surprised to hear that how you parent your child will impact their development and behaviour. Diana Baumrind is considered a pioneer in this field. Baumrind categorised parenting styles and studied their impacts. You’ll find many Baumrind parenting styles PDF documents and articles online but we’re going to break down the essentials for you and share the most important findings.

How did Diana Baumrind come up with parenting styles?

Diana Baumrind was a clinical and developmental psychologist. Her most famous study was about parent-child behaviour. She conducted this research in the early 1960s by following more than 100 preschool-age children. 🧒

Even though the study took place decades ago, the parenting styles that Baumrind uncovered are still widely used as benchmarks today. Baumrind’s theory was that different parenting styles had a correlation with a child’s behaviour, happiness, and success.

How did Baumrind study parenting styles?

Responsiveness relates to how sensitive and open parents are to their child’s needs. Some examples include the level of affectionate interaction, interest in a child’s daily activities, and respect for a child’s point of view. ❤️

Demandingness relates to the amount that parents control their child’s behaviour. Some examples include how much monitoring takes place over a child’s activities and whether a parent has expectations of more responsible and mature behaviour from their child.

How many parenting styles did Baumrind identify?

Baumrind identified 3 parenting styles: Authoritative, Authoritarian, and Permissive. These were widely accepted and used over the next 20 years until 2 researchers, Maccoby and Martin, famously introduced a 4th parenting style: Neglectful. 🥺

Today, all 4 parenting styles are usually included when referring to the Diana Baumrind parenting styles. Occasionally, they are also referred to as the Maccoby and Martin parenting styles (in case you hear this bandied around). Either way, the 4 categories are the same.

What are the 4 parenting styles according to Diana Baumrind?

Now that you know there are 4 parenting styles, let’s look at each of them in more detail.

Authoritative-style parenting is sometimes referred to as “democratic”. It’s known as democratic because parents listen to their children and provide warmth as well as fair discipline and positive reinforcement. This style of parenting embodies high expectations matched with high responsiveness where parents support their kids to enable them to succeed.

As well as the general characteristics we just mentioned, Baumrind determined some of the typical traits shared by authoritative parents as being the following:

Authoritarian-style parenting is sometimes referred to as “disciplinarian”. It is known as disciplinarian because these parents punish mistakes harshly, often without giving a reason to their child, rather than opt for positive reinforcement. In contrast to authoritative parenting, less love and warmth are displayed too.

As well as the general characteristics we just mentioned, Baumrind determined some of the typical traits shared by authoritarian parents as being the following:

Permissive-style parenting is sometimes referred to as “indulgent”. It is known as indulgent because these parents rarely discipline their children and offer an abundance of freedom. Expectations and demands of their children aren’t as high as the former 2 styles of parenting either.

As well as the general characteristics we just mentioned, Baumrind determined some of the typical traits shared by permissive parents as being the following:

Neglectful-style parenting is sometimes referred to as “uninvolved”. It is known as uninvolved because their responsiveness is low as is their demandingness. As with permissive parents they set few rules, if any, however, they provide little to no affection or warmth.

As well as the general characteristics we just mentioned, some of the typical traits shared by neglectful parents can be described as:

As you can see, each of the parenting styles has its own quirks and common behaviour patterns. There is also some overlap with some of the dimensions and characteristics between the styles.

The examples we listed above are the extremes of each parenting style. There is also a sliding scale within each category. For example, one parent who is authoritative can have different or stricter rules than another who would also be considered authoritative under the Diana Baumrind parenting styles. ⚖️

Each parenting style usually impacts a child’s development differently. However, sometimes a child can display qualities or behaviours not associated with their father or mother’s parenting style/s.

Let’s look at what are the typical impacts of each parenting style on children as a rough guide.

Authoritative: is this the way forward?

Authoritative parenting is generally considered to produce the most positive outcome for children and the style of parenting to aim for. This makes sense given that the impacts of this parenting style on children are good and tend to lead to a happy and well-balanced person.

Like authoritative parenting outcomes, it improves children’s development and helps them cope better in different situations. These impacts can benefit them later in life too.

The evidence is clear, if you can rely on authoritative-style parenting and use positive reinforcement to try and avoid punishment and provide a warm and nurturing environment, your child has a better chance of success and happiness. 🥰

Of course, some children are naturally more of a challenge to their parents. If you need support dealing with difficult behaviour the NHS offers some advice and links to positive parenting strategies to help you.

While the Diana Baumrind parenting styles guidelines are still widely used today, there have been some criticisms or observations over the years about their shortcomings.

One is that not all parents fall neatly into one archetype. While you may see yourself following many characteristics of one of the parenting styles, you might feel like your behaviour is more aligned with a different style in other aspects. Different days and different challenges may affect your own behaviour and parenting style too. 🙃

Also, in two-parent households it’s not uncommon that each parent will have a different style of parenting. Some kids respond better to freedom or discipline depending on their nature too. You may have siblings who require slightly different extremes of one of the parenting dimensions. There is also some evidence that children’s behaviour can shape parenting styles and it’s not just a one-way system that you as parents impact your children.

As we mentioned earlier, not all children will develop the attributes and behaviour that is supposedly predicted by their parents’ style either. There are many other factors to take into consideration including cultural nuances, a family’s financial situation, schooling, and other environmental impacts. 🏫

However, the Diana Baumrind parenting styles are useful for you to understand and consider what kind of parent you are. The positive and negative points attributed to the different styles can help you determine areas you might want to change or work on, and those points that you should keep doing exactly the same as you already are.

We’re sure you’re doing everything you can to be the best parent possible. 💪 The fact that you’re on this page and interested in different parenting styles is testament to that so don’t worry you’re doing great. Just remember that love truly is the way with your little one and no parent is perfect or ever will be but you probably are in your child’s eyes anyway.

School Catchment Areas: How Do They Work? 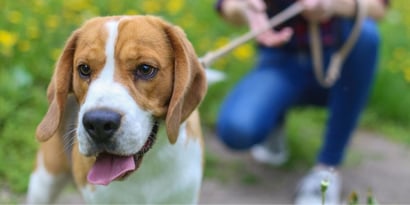 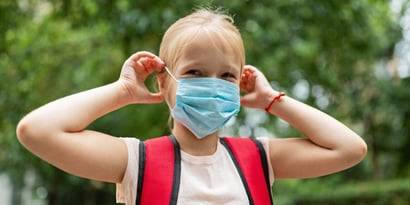 COVID-19 at School: My Child Has Tested Positive! What Should I Do?