The Pros and Cons of School Uniforms: Are They Outdated?

For those of us that were educated in the UK, school uniforms were the norm. Whether you were used to donning a blazer, school jumper or tie, wearing a school uniform was and still is standard practice in the UK. There has been a lot of research conducted into whether school uniforms make a difference to a student's learning. Keep on reading to find out the pros and cons of our good old fashioned school uniforms.

There are studies to suggest that school uniforms actually make kids better learners. Wearing a uniform is said to increase focus and improve punctuality among students. One of the main arguments for school uniforms is that they create a sense of equality among students. Things like socioeconomic status become less of a factor and children are less able to judge each other on their appearance. 👔

What are the advantages of school uniforms?

While uniforms are a create equaliser when it comes to things like economic background and social status, they’re also becoming more and more gender-neutral. In recent years, there has been a rise in young people coming forward as transgender or gender fluid. In fact, in a survey conducted by the Equality and Human Rights Commission, it was found that 1% of the population identifies as gender fluid. While not all UK schools offer gender-neutral uniform options, it is on the rise in response to more open discussions about gender. This highlights just how inclusive school uniforms can be, levelling the playing field for students from all walks of life. 🤝

The fact that uniforms encourage cohesion and equality goes hand in hand with other benefits. Uniforms mean dress code equality. Children won't have to spend time worrying about whether their chosen outfit is acceptable for school. With school uniforms, the rules about what to wear are clearly defined and easy to follow. There is also reduced potential for bullying. With everyone wearing the same thing, children are unable to make fun of one another based on their clothing choices. 💕

Another benefit of school uniforms is just how convenient they are. We know how chaotic the mornings can be when you’re getting your little one ready for school. School uniforms are at least able to eliminate stress about what to wear. School uniforms are often designed with practicality in mind. Uniforms ensure that children are dressed in a way that is appropriate for a day of learning. 👍

While school uniforms are a great equaliser, they also provide a sense of community. This has many physiological benefits. Children that wear the same uniform will feel a stronger sense of belonging. This is especially relevant for students starting at a new school. Their school uniform will really help them feel the part. A uniform can also help a child to feel more motivated to learn. Because children only wear their uniforms in school, they’ll know that these clothes are specifically for learning and potentially be more productive in the classroom. 🤓

While all of the above points make a great case for the necessity of school uniforms, there are, of course, some downsides.

What are the disadvantages of school uniforms?

While it’s true that the practically of school uniforms can save time in the mornings, it can also be argued that far too much emphasis is placed on uniform rules over education. Some schools enforce such strict dress codes that students are more occupied with how they’re dressed than their studies. School uniforms potentially act as a distraction when it comes to dealing with more important issues such as school improvement and academia. 📚

While they may be practical, school uniforms can often be on the pricey side. Some school uniforms in the UK feature high-quality items like blazers, kilts, and sports kits. A report by The Children’s Society showed that families with children at secondary school are paying an average of more than £300 per child, per year in school uniform costs. What’s more, 95% of parents believe they are expected to pay an ‘unreasonable’ amount. So while they may indeed level the playing field in terms of how children look, school uniforms fail to take into account the socio-economic status of the parents having to pay for them. 💸💸💸

One of the best parts about being a kid is being able to play around with your identity. You can be as free and creative as you want. Unfortunately, school uniforms restrict individual identity and limit student’s self-expression. Some students may feel much more comfortable and ready to learn if they are permitted to wear their own clothes. Uniforms can cause kids to feel restricted and anonymous as they look the same as everyone around them. Some schools even enforce rules when it comes to hair length, jewellery and shoes. Kids shouldn’t have to waste time fretting about whether their hair is too long, especially when it isn’t affecting their learning. 🎨

Whether you’re for or against school uniforms, there are evidently strong arguments on both sides. But love them or hate them, we’re pretty sure school uniforms aren’t going anywhere any time soon.

At GoStudent, we make a point of treating all of our students equally and want to offer them the best learning experience possible. Why not book an affordable lesson with one of our talented tutors today? 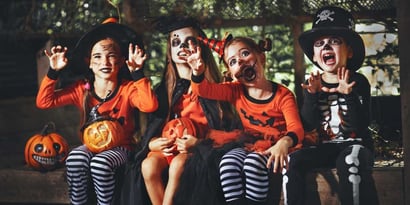 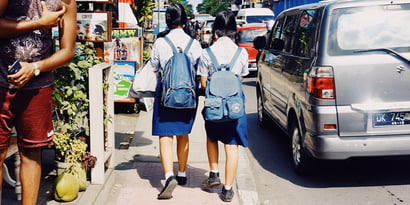